Last week, our top Concordia Stinger athletes were dangerous around the net. 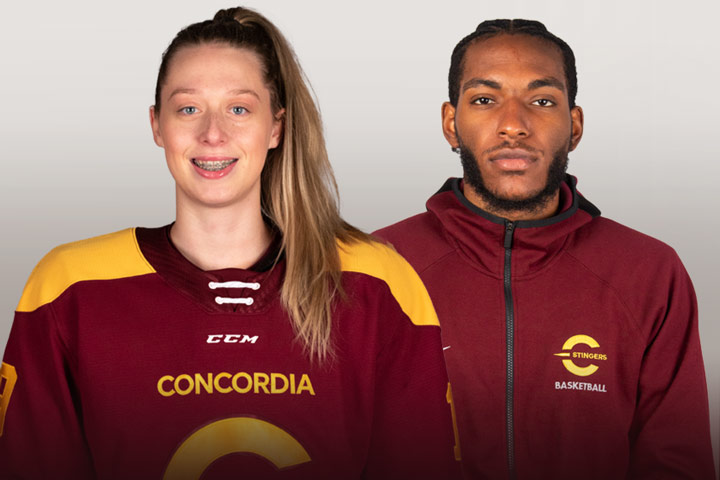 Megan Bureau-Gagnon of the women's hockey team and Tyrell Lamar Williams of the men's basketball team have been named the Concordia Stingers athletes of the week for the period ending Jan. 15, 2023.

Bureau-Gagnon, a second-year forward, was outstanding in the Stingers’ lone game of the week. She collected a goal and an assist in a 5-0 victory over the McGill Martlets on Saturday. Her power-play goal was the game-winner. She also created several chances for her teammates.

A 21-year-old from Sherbrooke, Que., Bureau-Gagnon is studying Therapeutic Recreation at Concordia.

Williams, a second-year forward, was a bright spot in a tough two-game week for the Stingers. He had nine points, nine rebounds and two blocks in a 76-62 loss to the Laval Rouge et Or last Thursday. In the rematch two days later, he scored 20 points and added five rebounds and a block in a wild 85-84 overtime loss.

The 22-year-old student-athlete from Montreal studies Recreation and Leisure at Concordia.