These two Stingers can bring fans to their feet with their amazing skills. 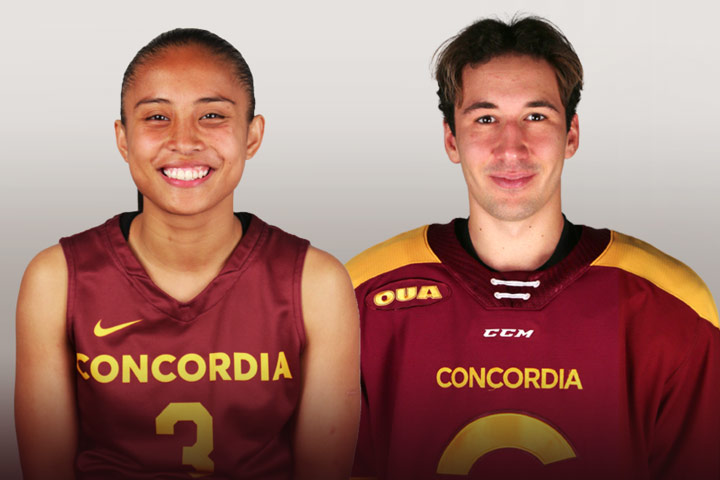 Areej Burgonio of the women's basketball team and Nicholas Girouard of the men's hockey team have been named the Concordia Stingers athletes of the week for the period ending Jan. 22, 2023.

Burgonio, a fourth-year guard, was outstanding in two games versus the conference-leading Bishop’s Gaiters last week. In an intense 75-71 loss last Thursday at home, she kept the game close with her 21 points and six assists. On the road two nights later, she had 32 points and eight assists to lead the Stingers to a 71-68 upset victory over the No. 6-ranked team in the nation.

A 22-year-old from Toronto, Burgonio is studying Sociology at Concordia.

Girouard, a first-year left wing, was instrumental in helping the Stingers defeat the Ontario Tech Ridgebacks 3-1 in a crucial game on Saturday. He scored the game-winning goal and added an assist. The win allowed Concordia to claim sole possession of second place in the nine-team OUA East conference while pushing Ontario Tech down to third place.

The 21-year-old athlete from Île Perrot, Que. is currently an Independent Studies student.