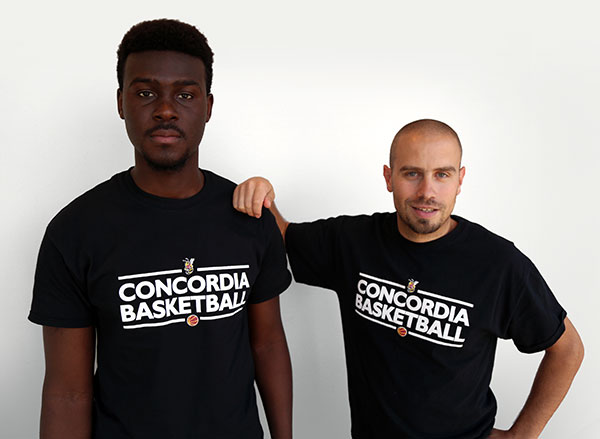 Umar, a native of Lachine, Que., was a 2015 Quebec conference first team all-star at Champlain College, St. Lambert. He was instrumental in helping his cégep team put together a 14-4 win-loss record. The Cavaliers went on to win the RSEQ championship with an 80-71 victory over the Vanier Cheetahs.

With the Cavaliers last season Umar, a six-foot-six power forward, averaged 13.5 points and 11.5 rebounds a game.He was the leading rebounder in the RSEQ. Popovic also likes his intensity and one-on-one defensive skills.

“I'm excited to add a player of TJ's calibre to our basketball program,” said Popovic. “He's a constant double-double threat. He will have an immediate impact on our defence and will improve our rebounding at both ends of the floor.”

Before joining the Cavaliers, Umar spent two seasons at John Hay high school in Cleveland, Ohio, where he was named one of the top high school players in Ohio and ranked as one of the Top 10 power forwards.

Popovic also announced the addition of six-foot-four guard Jaleel Webb, a transfer student from Bishop’s University. The Montreal native sat out last year and is eligible to play for the Stingers this season. Popovic is pleased to add size at the guard spot and speaks highly of Webb’s shooting skills.