Stinger assistant coach has been an ambassador on and off the ice. 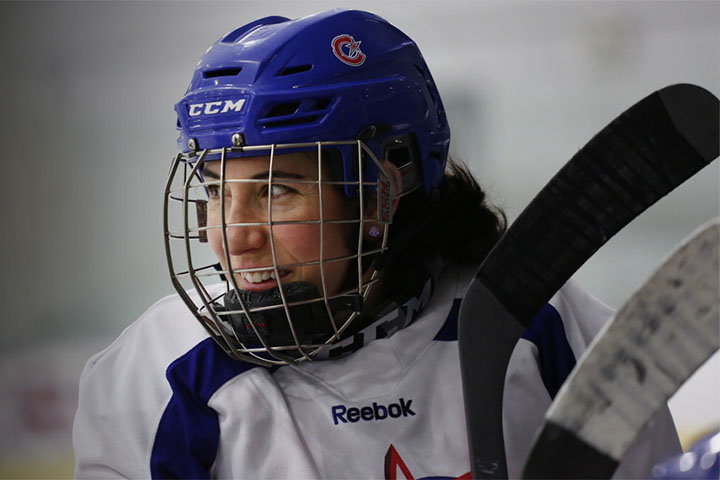 She is one of 10 exceptional individuals who have made their mark in the fields of athletics, music direction, global conservation, education reform, business, space engineering and sculpture who will be honored at convocation.

Ouellette, who will be recognized for her outstanding career as a women’s hockey player, coach and ambassador, will address the Faculty of Arts and Science on June 10 at 3 p.m.

Now retired as a player with Canada’s national team, Ouellette is the founder of Girls Hockey Celebration, an annual tournament that brings together more than 850 young women to play and meet role models from Canada’s Olympic team. She has also been an athlete ambassador with RIGHT TO PLAY since 2004, and a supporter and active fundraiser for the Quebec Breast Cancer Society.

She joined the coaching staff of the Stingers women’s hockey team in 2012. She stepped in as head coach of les Canadiennes last December and she has taken on various coaching roles with Hockey Canada. She also suited up for Concordia in 2001 playing in eight games scoring seven goals and 12 assists.