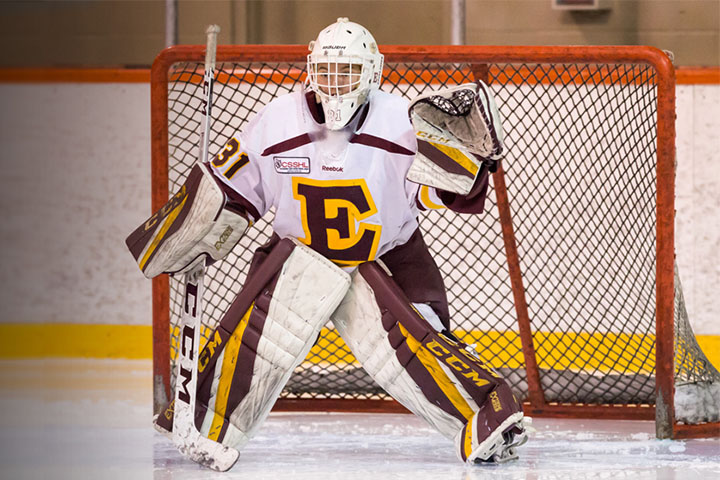 Gosling was a member of Team Alberta at the 2019 Canada Winter Games. Alberta won the gold medal last March in Red Deer, Alta. In 2018-19, she also played 14 games with the Edge Mountaineers, posting a 2.29 goals against average and a .911 save percentage.

“Caroline is a competitor,” said Chu. “Watching her play, we have been impressed by her solid positioning, quickness and willingness to battle for every puck. She will be a great addition and positive addition to our team.”

Gosling has also played on the Alberta U16 Team, the Calgary Outlaws AAA and the Calgary Fire AAA. With the latter she was named to the Mac's Midget Hockey Tournament all-star team in 2016.

An honor roll student, Gosling will join the Stingers at training camp in August and begin her studies in the Leisure Sciences program in September.

"I chose Concordia because of the opportunity to develop my skills, not only on the ice but off it as well,” said Gosling. “As soon as I walked in the building I felt at home and knew Concordia was where I belonged. I am so excited to be a part of the Stinger family.”