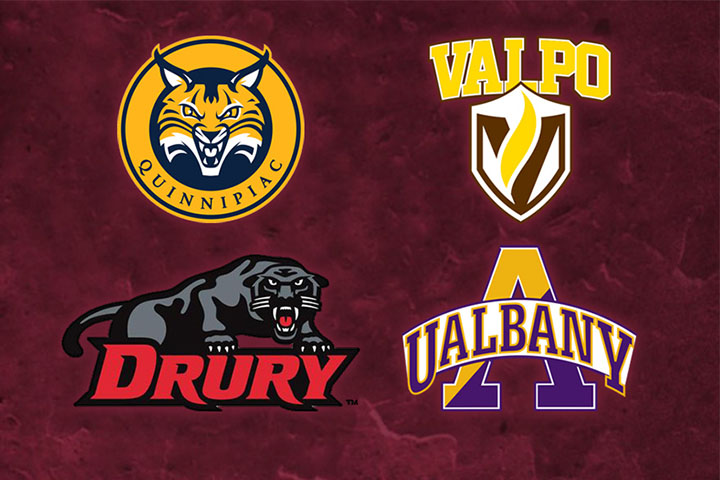 The Concordia Stingers basketball teams have five unique and exciting preseason games against international opponents lined up for the month of August.

The action starts when the men’s basketball team battles the Quinnipiac Bobcats, an NCAA Division 1 opponent from Hamden, Conn., on Thursday, Aug. 8 at 8 p.m. at Place Bell in Laval, Que.

The Stingers are part of an elite series of university basketball games featuring U SPORTS (Carleton Ravens and McGill University) and NCAA teams being held in the state-of-the-art arena.

There’s a single admission charge for all three games in the series, and a limited number of discounted tickets are available at $10 each. Once they have been sold, tickets will be $15 and only available through evenko.

Discounted tickets can be purchased on Concordia’s Sir George Williams campus Monday to Friday from 9 a.m. to 7 p.m. They are available in the EV Building at the Le Gym reception desk, 1515 Ste. Catherine St. W., Montreal, H3G 2W1.

Next, the Stingers men’s team will play its first home game of the 2019 season on Sunday, Aug. 11 at 2 p.m. when the NCAA Divison 1 Valparaiso Crusaders from Valparaiso, Ind. are the visitors.

The Missouri Valley Conference member has been to NCAA tournament nine times since 1996. Its most recent trip to the national championship was in 2015 when the 13th-seeded Crusaders lost 65-62 to fourth-seeded Maryland.

The first chance to catch a glimpse of the 2019-20 Concordia women’s team is on Tuesday, Aug. 13 at 6 p.m. when it hosts the NCAA Division 2 Drury Panthers. The Springfield, Mo.-based university competes in the Great Lakes Valley Conference (GLVC). The Panthers posted a perfect 18-0 win-loss record in the GLVC and were 35-1 overall last season. They lost in the semifinals at the NCAA Division 2 championship tournament last March.

Also on Aug. 13, the Stingers men’s team will host the Bermuda senior national team in the second half of a Concordia doubleheader. Tipoff is 8 p.m.

The last game scheduled in August sees the Albany Great Danes travel to Montreal to face the Concordia men on Wednesday, Aug. 21 at 7 p.m. The American East Conference team has been to the NCAA tournament five times since 2006. The most recent appearance was in 2015 when the 14th-seeded Great Danes lost their first game 69-60 to third-seeded Oklahoma. In 2018-19 Albany posted a 12-20 record overall and was 7-9 in conference play.

Tickets for games played at Concordia gym can be purchased online at stingers.ca.