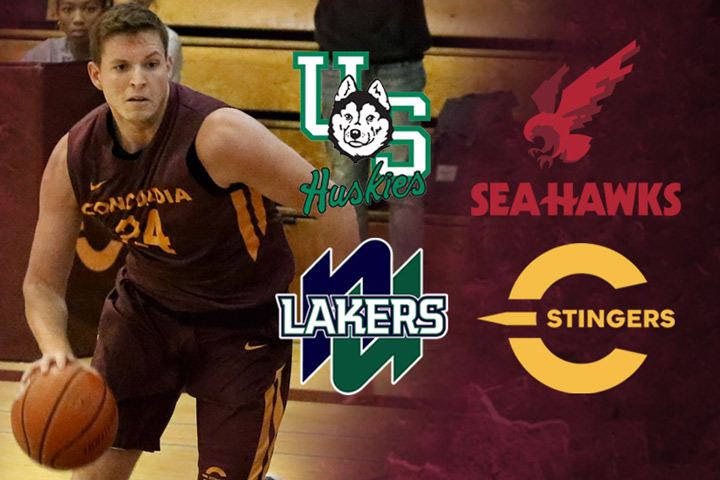 Teams from all four U SPORTS conferences will battle it out for the championship title at the annual Concordia Classic Men's Basketball Tournament this weekend.

The Stingers who are the defending Quebec league champions will host the Memorial Sea-Hawks from AUS, the Nipissing Lakers from the OUA and the Saskatchewan Huskies from Canada West.

Concordia won the 2018 edition of the tournament with a dramatic 74-72 victory over the Waterloo Warriors. Stinger fifth-year guard Adrian Armstrong was the MVP, and he’s back to lead the team this weekend. The London, Ont. native has been impressive in eight preseason games to date.

Saskatchewan could be the biggest threat. The Huskies posted an 11-9 win-loss record in conference play last season. They took down the Regina Cougars in the Canada West quarter-finals before losing to the Calgary Dinos in the next round. Calgary went on to earn a silver medal at the U SPORTS nationals last March.

Memorial had a 6-14 record last season. The Sea-Hawks reached the Atlantic conference playoffs, losing in the quarter-finals to the Dalhousie Tigers who were eventually crowned the AUS champions.

Nipissing is the dark horse coming off a 3-20 season in the OUA East last year.

There’s also a great opportunity to check out the 2019-20 edition of the Concordia women’s basketball team. The Stingers will host three non-conference games this week.

All games will be played at Concordia Gym, 7200 Sherbrooke St. W.