These two Stingers scored in bunches in their games on the weekend. 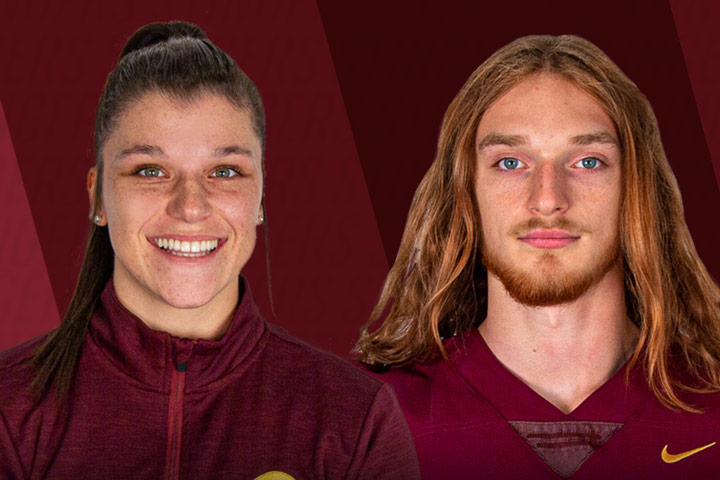 Belzile, Murphy - Athletes of the Week

Audrey Belzile of the women's hockey team and Jeremy Murphy of the football team have been named the Subway-Concordia Stingers athletes of the week for the period ending Oct. 27.

Belzile, a fourth-year forward, stood out in Concordia’s 6-2 victory over the Carleton Ravens last Friday. She scored three goals, including the game-winner, and added an assist. The win gives the Stingers a perfect 3-0 win-loss record in RSEQ conference play.

Murphy, a rookie slotback, caught six passes for 100 yards and two touchdowns in Concordia’s tough 23-17 loss to McGill University last Saturday. He wraps up the regular season with impressive numbers. He caught 34 passes for 491 yards and four touchdowns in eight RSEQ games.

The 20-year-old athlete from Montreal is studying in the History program at Concordia.