A couple of seasoned vets were on top of their games last week. 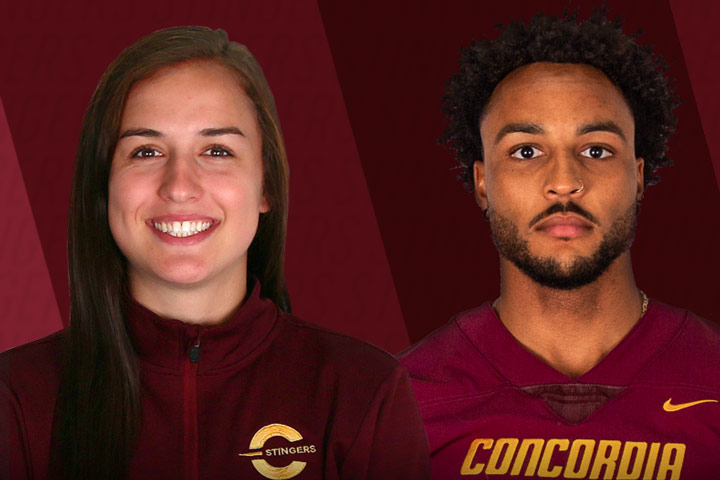 Dubois, Tyrrell - Athletes of the Week

Claudia Dubois of the women's hockey team and James Tyrrell of the football team have been named the Subway-Concordia Stingers athletes of the week for the period ending Nov. 3.

Dubois, a fifth-year forward, stood out in Concordia’s 4-3 double overtime victory over the Montréal Carabins last Friday. She scored the Stingers’ first goal and set the tempo for the rest of the game. The victory cemented her team’s hold on the No. 1 ranking in U SPORTS since Montreal was the No. 2-ranked team. The win gives the Stingers a perfect 4-0 win-loss record in RSEQ conference play.

Tyrrell, a fifth-year wide receiver, has been dominant all season long, and closed out his university career with another outstanding performance. He caught nine passes for 124 yards in last Saturday’s 40-8 loss to the Laval Rouge et Or in the RSEQ semifinals. He was also named to the Quebec conference all-star team last week.