These two stars came up with big performances in key games. 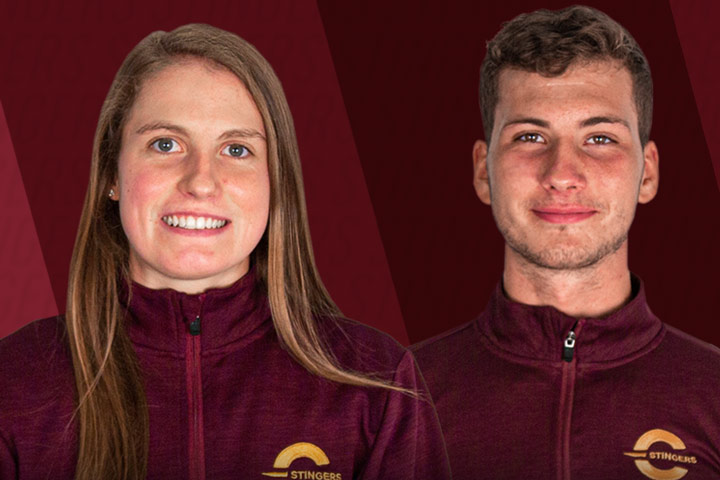 Philbert - MacDonald Athletes of the Week

Alice Philbert of the women's hockey team and Dylan MacDonald of the men's rugby team have been named the Subway-Concordia Stingers athletes of the week for the period ending Nov. 10.

Philbert, a third-year goaltender, recorded shutouts in two games against top Canadian university teams. She helped the Stingers blank the No. 4-ranked McGill Martlets 1-0 in overtime last Friday. She turned away 33 shots. Two days later, Philbert shut out the No. 2-ranked Montréal Carabins 4-0. She faced 28 shots in the game. The wins give the Stingers a perfect 6-0 win-loss record in RSEQ conference play.

MacDonald, a fourth-year second row player, was instrumental in helping the Stingers defeat McGill University 38-19 in the RSEQ championship last Saturday. He was a dominant presence and scored two tries. This is the third straight championship for MacDonald and the Stingers.

The 22-year-old student from Beaconsfield, Que. is studying in the Finance program at Concordia.