These two Stingers are leading a couple of undefeated teams. 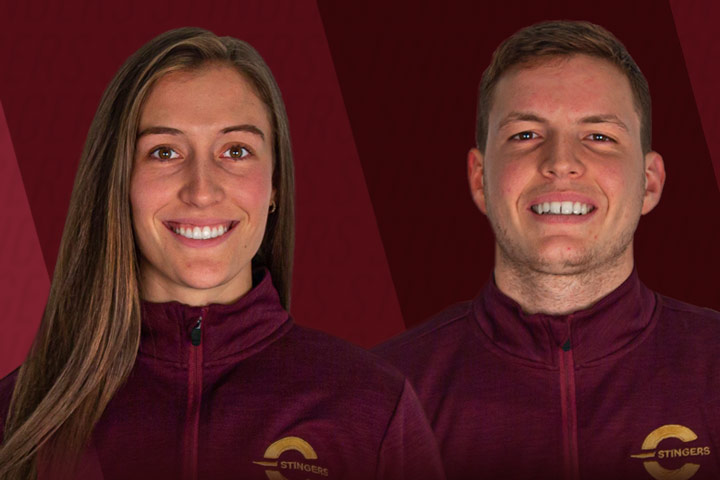 Bégin-Cyr, Ghandour - Athletes of the Week

Rosalie Bégin-Cyr of the women's hockey team and Sami Ghandour of the men's basketball team have been named the Subway-Concordia Stingers athletes of the week for the period ending Nov. 17.

Bégin-Cyr, a second-year forward, collected a goal and an assist in Concordia’s 4-2 victory over the Ottawa Gee-Gees on the road on Sunday. She is currently the leading scoring the Quebec conference with six goals and four assists for 10 points in seven games. The win gives the Stingers a perfect 7-0 win-loss record in RSEQ conference play.

A 21-year-old native of St. George, Que., Bégin-Cyr is studying Business at Concordia.

Ghandour, a fourth-year forward, was instrumental in helping the Stingers pick up two victories last week. He had 18 points and eight rebounds in a 79-72 victory over the No. 7-ranked Bishop’s Gaiters. Two days later he had a double-double in a 65-60 win over the Laval Rouge et Or. He scored 11 points and added 12 rebounds. Concordia has a perfect 3-0 record in RSEQ action this season.

The 21-year-old student from Saida, Lebanon is studying in the Finance program at Concordia.