These student-athletes are stars on two of the top teams in the nation. 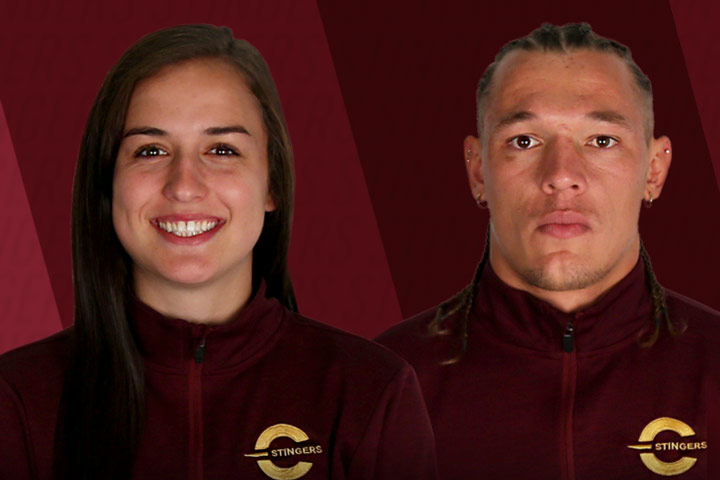 Dubois, Goetz - Athletes of the Week

Claudia Dubois of the women's hockey team and Thomas Goetz of the men's rugby team have been named the Subway-Concordia Stingers athletes of the week for the period ending Nov. 24.

Dubois, a fifth-year forward, stood out in Concordia’s two games last week. She scored a goal and added an assist in the Stingers’ 3-2 shootout loss to the Carleton Ravens last Friday. She also picked up an assist in a 2-1 win over the McGill Martlets on Sunday. Dubois has four goals and five assist for nine points in eight RSEQ games this season.

Goetz, a second-year centre, was instrumental in helping the Stingers finish fourth at the university national championship last week. His play in the semifinal game against the No. 1-seeded UBC Thunderbirds was a highlight. He scored a try and was player of the game. Goetz was also named to the championship’s first all-star team.

The 25-year-old student from Toul, France is working on his Master’s in Environmental Assessment at Concordia.