These two veterans were big scorers in their Stinger games last week. 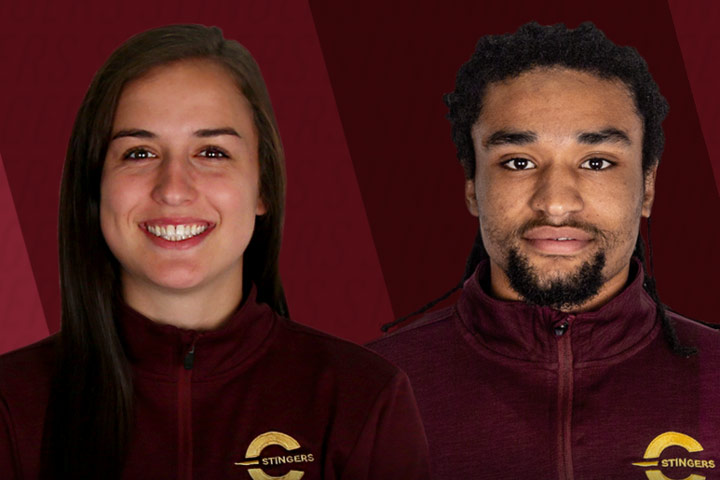 Dubois, Armstrong - Athletes of the Week

Claudia Dubois of the women's hockey team and Adrian Armstrong of the men's basketball team have been named the Subway-Concordia Stingers athletes of the week for the period ending Dec. 1.

Dubois, a fifth-year forward, stood out in Concordia’s last game before the holiday break. She scored two goals, including one on a penalty shot, to lead the Stingers to a 4-3 come-from-behind victory over the Carleton Ravens on Sunday. Concordia trailed 3-0 in the early-going. The Stingers have a 9-0-1 record in the first half of the RSEQ regular season.

Armstrong, a fifth-year guard, was instrumental in helping the Stingers defeat the UQAM Citadins 73-61 in their last game before exams. He was the leading scoring in the game with 25 points. A general on the court, he directed traffic for 40 minutes. Concordia heads into the break with a 4-1 win-loss record in regular season play.

The 23-year-old student from London, Ont. is in the Urban Studies program at Concordia.