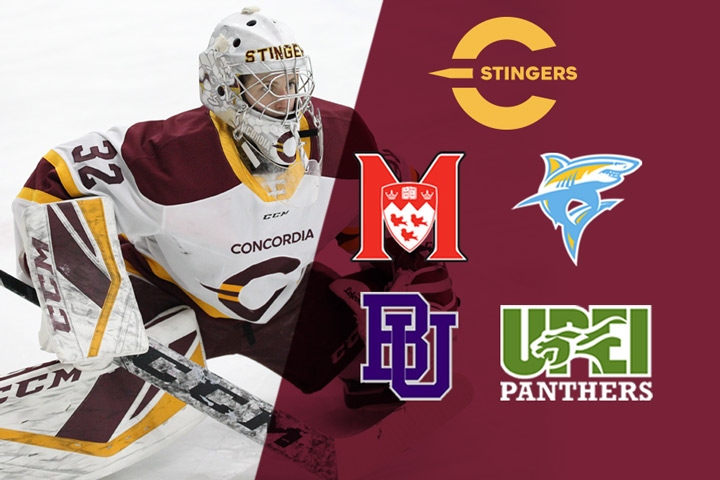 A strong class of competitors joins the U Sports No. 1-ranked Stingers. The No. 5-ranked UPEI Panthers and the No. 6-ranked McGill Martlets are slotted in. The Bishop’s Gaiters, who are playing an independent schedule this season, and a Division 1 NCAA team, the Long Island University Sharks, round out the competition.

Concordia sits atop the RSEQ conference with a 9-0-1 record.

UPEI is one of the powerhouses in the Atlantic conference this season. The Panthers are in second place with a 14-3-1 record.

McGill earns a lot of respect for playing in the tough RSEQ league and gets a high ranking despite a 4-3-3 record.

Bishop’s competed in the American Collegiate Hockey Association in 2018-19. The Gaiters earned a national championship berth at the Division 2 level and made it through to the semifinals before being eliminated. This season they have a 2-5 record playing largely U Sports schools.

Long Island has a 5-12 overall record, including games against the Yale Bulldogs and University of Connecticut Huskies. In the six-team New England Women’s Hockey Alliance, the Sharks boast a 5-3 record.

The three-day tournament gets underway Dec. 28 and wraps up on Dec. 30. There will be two games a day.