The Stingers have been dominant through 20 games this season. 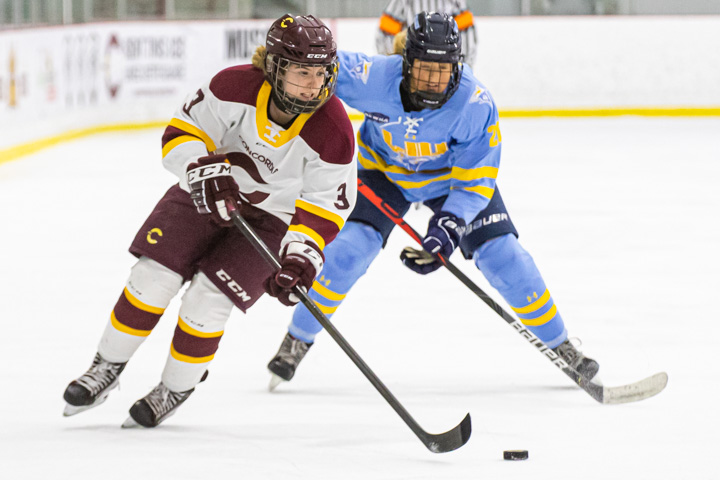 The Concordia Stingers women's hockey team won all three of its games at the annual Theresa Humes Women Hockey Tournament over the holidays.

The U Sports No. 1-ranked Stingers outscored their three opponents 14-1, including a 4-1 victory over the No. 5-ranked UPEI Panthers on Dec. 28.

The following day, Concordia defeated the Long Island University Sharks 5-0. The NCAA Division 1 opponent had a 5-12 win-loss record coming into the tournament, including games against the Yale Bulldogs and University of Connecticut Huskies.

Captain Claudia Dubois was the leading scorer in the tournament with two goals and four assists in three games.

Concordia out shot its opponents 100-34.

The Stingers now have an 11-0 record in non-conference play and a 20-0-1 record overall. The only loss coming in a shootout to the Carleton Ravens in RSEQ action on Nov. 22.