These two stars were on fire in tournament action over the break. 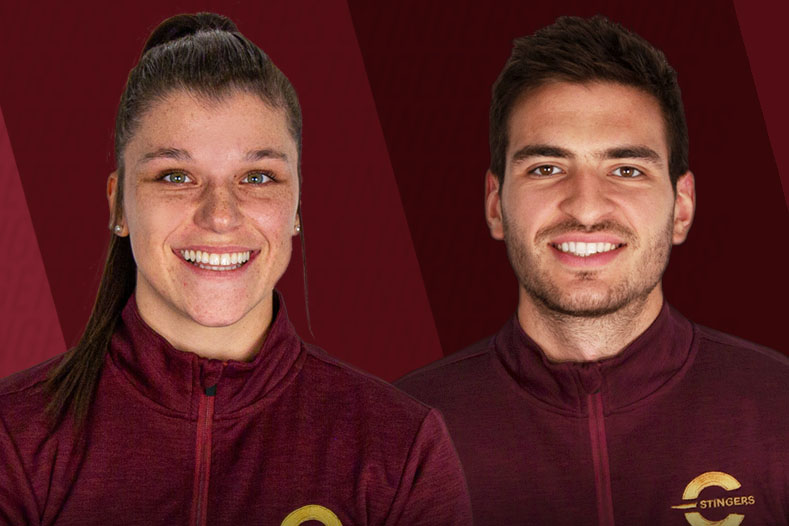 Belzile, Simon - Athletes of the Week

Audrey Belzile of the women's hockey team and Olivier Simon of the men's basketball team have been named the Subway-Concordia Stingers athletes of the week for the period ending Jan. 5.

Belzile, a fourth-year forward, stood out in her team’s three convincing victories at the annual Theresa Humes tournament Dec. 28-30. She scored two goals and added two assists in the three games. The Stingers now have an 11-0 record in non-conference play and a 20-0-1 record overall.

Simon, a fourth-year forward, was named to the all-star team at the Rod and Joan Shoveller Tournament hosted by the Dalhousie Tigers in Halifax Dec. 28-30. He scored 63 points and hauled in 28 rebounds in three games - two wins and a loss. He was at his best in the 75-69 loss to Dalhousie, the No. 2-ranked team in U Sports. He had 26 points and nine rebounds helping to push the Tigers to the limit.

The 23-year-old student-athlete from Terrebonne, Que. is studying in the Leisure Sciences program at Concordia.