With playoff positions at stake, these two came up big last weekend. 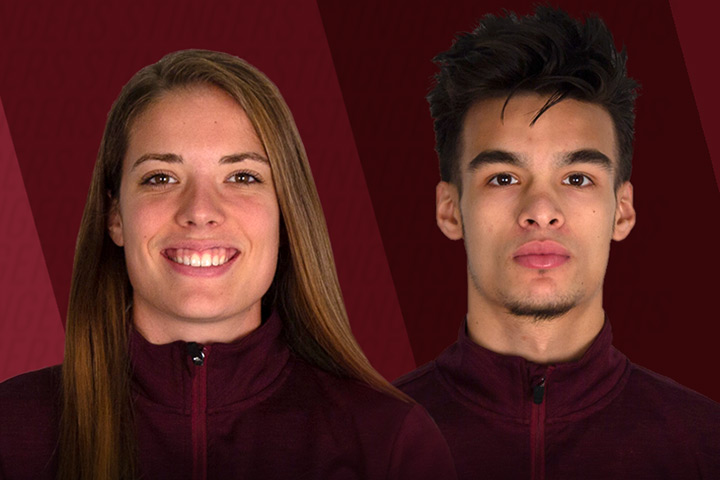 Laganière, Jahan - Athletes of the Week

Brigitte Laganière of the women's hockey team and Sami Jahan of the men's basketball team have been named the Subway-Concordia Stingers athletes of the week for the period ending Jan. 26.

Laganiere, a fourth-year defender, stood out in her team’s two games last week. She was exceptional in her own zone and chipped in with three assists to help the Stingers pick up four points in the standings and clinch first place in the RSEQ.Last Friday, she set up the winning goal in a 2-1 victory over the Montréal Carabins. Two days later, she picked up two assists in a 3-1 win over the Carleton Ravens.

A 24-year-old native of Montreal, Laganière is studying Therapeutic Recreation at Concordia.

Jahan, a first-year guard with the Stingers, was exceptional in two wins over McGill, the first-place team in the RSEQ. He led the Stingers with 17 points and five assists in a 68-67 victory at home last Thursday. Two days later, he led all scorers in the game with 28 points and seven rebounds in an 89-83 overtime victory at McGill’s gym. The 28 points represents at career-high for Jahan.

The 19-year-old student from Hamilton, Ont. is majoring in Economics at the university.