Funds raised will go to the Cure Foundation for breast cancer. 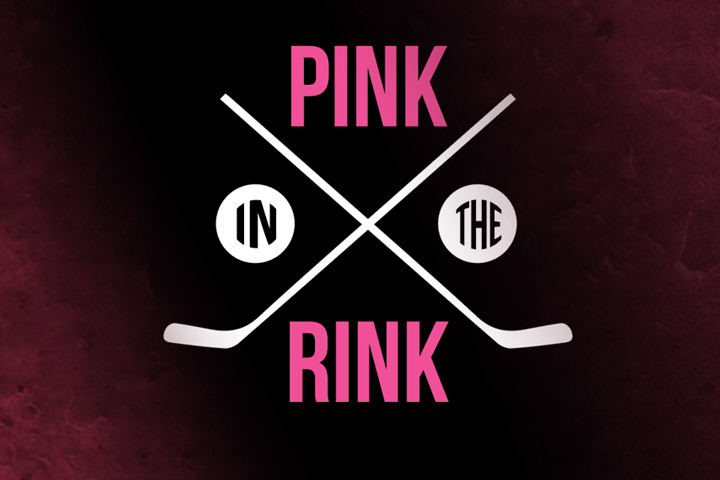 Signatures Series continues with Pink in the Rink game

The Concordia Stingers women's hockey players are pleased to announce their second annual Pink in the Rink game takes place this Saturday and features a showdown with their crosstown rivals, the McGill Martlets.

The popular game is a Signature Series event for the Stingers. It’s a fast-paced, exciting competition, and it gives people the chance to celebrate the strength and resiliency of the women in their lives. It also serves as a fundraiser for the CURE Foundation for breast cancer, a national organization that provides funding for research, medical equipment and community programs for patients.

Debbie Downie, a friend of the Stingers and a breast cancer survivor, will get things under way when she drops the puck in a ceremonial faceoff on Saturday at 3 p.m.

Then the Stingers and the Martlets will battle for the fifth-and-final time in the RSEQ regular season. Concordia owns the series, winning three of the four games already played. The only loss coming on Jan. 18 by a 4-3 score in double overtime. All of the encounters have been decided by just one goal.

The women’s hockey players will be out in full force on Friday night meeting fans and fundraising for the CURE Foundation, while the men’s team plays a critical game versus the Ontario Tech Ridgebacks at 7:30 p.m.

Everyone is encouraged to donate. There will be raffles, as well as cupcakes and Pink in the Rink T-shirts for sale. The following day at 3 p.m., the fundraising will continue at the women’s hockey game when the Concordia Swarm takes over the bake table.