These two top hockey players were dominant in their games last week. 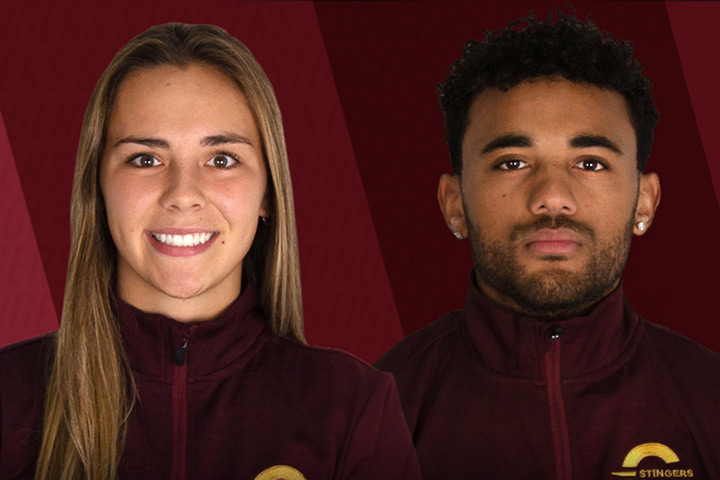 Fecteau, Harwell - Athletes of the Week

Fecteau, a first-year forward, helped the Stingers wrap up the regular season with a convincing 5-1 victory over the Carleton Ravens last Friday. She scored a goal and added two assists. In her rookie campaign, she finished with six goals and 11 assists for 17 points in 20 games. That’s tops for a rookie in the RSEQ this season.

A 20-year-old native of Saint-Odilon, Que., Fecteau is in the TESL program at Concordia.

Harwell, a second-year right wing with the Stingers, was exceptional in Concordia’s three-game playoff series with McGill last week. With his aggressive defensive play, he was adept at disrupting McGill’s offence and shutting down the attack. Harwell capped off a spectacular run by scoring the winning goal in a 2-1 victory in the third-and-deciding game on Sunday.

The 22-year-old student from Southbury, Conn is majoring in Human Relations at the university.