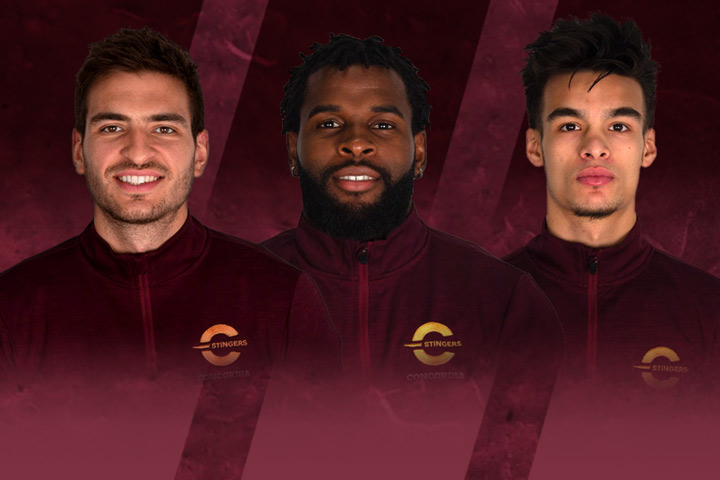 The RSEQ announced its university men's basketball honour roll today, and three Concordia Stingers were recognized for their outstanding play in the 2019-20 season.

Olivier Simon was named to the first all-star team, Cedrick Bryan Coriolan was a second team all-star and Sami Jahan made the all-rookie team.

Simon, a fourth-year forward from Terrebonne, Que., earns his second consecutive honour. He was a second team all-star in 2019.

This season, he played all 16 conference games and led the Stingers in scoring with a 15.3 average. He also hauled in 7.1 rebounds per game and his field goal percentage was .578 which was second best in the conference.

Coriolan earns his first league honour in his final season of eligibility. The intense guard from Laval, Que. played in 12 games, averaging 11.3 points, 1.3 steals and 3.1 assists.

Jahan, a highly-regarded guard from Hamilton, Ont., lived up to expectations. He averaged 28.9 minutes of playing time over 11 games. He scored 13.4 points a game and averaged 5.5 rebounds and 3.0 assists.

The awards will be presented before the RSEQ men’s basketball semifinal between the Stingers and the Bishop’s Gaiters at Concordia Gym on Wednesday at 7 p.m.