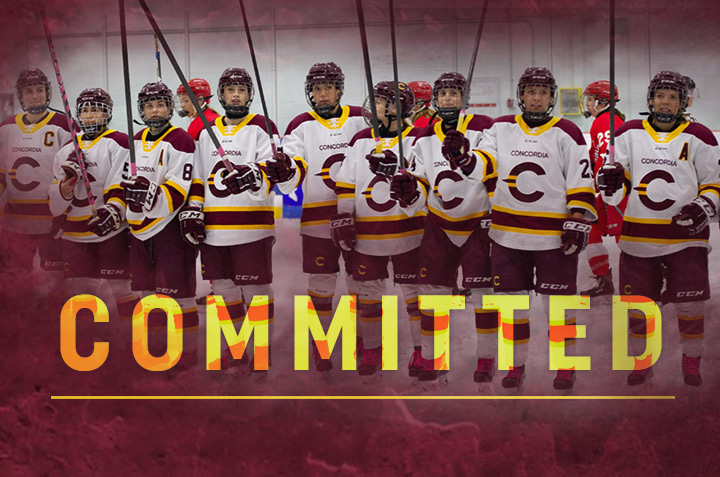 The new additions to the 2021 recruiting class are goaltender Jordyn Verbeek from Langley, B.C. and forward Courtney Rice from Cambridge, Ont.

Julie Chu, the head coach who is currently on maternity leave, laid the groundwork for the signings, and Ouellette, who is the interim coach for the 2020-21 season, has the pleasure of making the announcement.

“Julie, myself and our entire staff are excited to welcome these two great student-athletes to our recruiting class,” said Ouellette. “They will fit well into our team-first culture as they are hard-working and talented young women. We’re sure they will positively impact the success of our team.”

Verbeek, 17, played for the Greater Vancouver Comets in the British Columbia Female Midget AAA League last season. Her athletic style and competitiveness helped her post a 14-1 win-loss record in league play and she had a 1.33 goals-against average.

Her consistent play earned her an invite to the 2020 Hockey Canada U18 Summer Camp. Verbeek has also competed for the provincial team in British Columbia. A dedicated student, she earned academic excellence certificates at Brookswood Secondary School.

Rice, 17, is a strong power forward who possesses a great finesse and scoring ability close to the net. Last season, she played with the Cambridge Rivulettes in the Provincial Women’s Hockey League, which is Ontario’s highest level of junior women’s hockey. The Stingers coaches saw consistent growth and positive impact from her.

Her work ethic and desire to learn will serve her well at Concordia where she’s expected be a great university player that will have a solid presence on the ice.

Be sure to visit the new recruiting page on stingers.ca to keep up with all the latest Concordia commits. You can find it at  COMMITS 2021.