Tyrell Williams is a big addition to the men's basketball program. 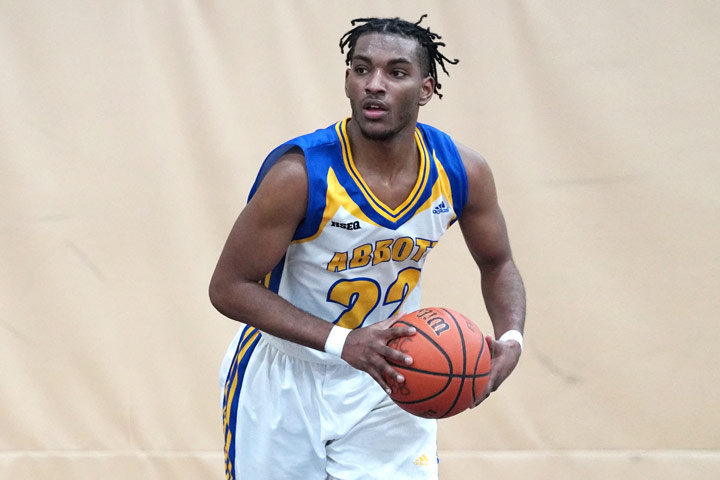 Concordia Stingers head coach Rastko Popovic is pleased to announce the commitment of Tyrell Williams, who was the leading scorer and rebounder in RSEQ college basketball in 2019-20.

The talented 6-foot-6 forward comes out of the John Abbott College program. Last season with the Islanders, he averaged 22.3 points and 12.1 rebounds a game.

“We are very excited to add a player of Tyrell’s calibre to our program,” said Popovic. “His scoring and rebounding numbers speak for themselves and his ability to get to the free throw line is equally impressive. He constantly puts pressure on defences with his ability to score around the basket and attack from the perimetre. He is a capable shooter.

“We are excited to work with him and help him become a complete player at the university level.”

Williams joins forward Félix-Antoine Guertin from Cégep Édouard-Montpetit in the Stingers’ 2021 recruiting class. The duo will help lay a strong foundation for the future of the men’s basketball program.

Get all the Stingers recruiting news HERE.