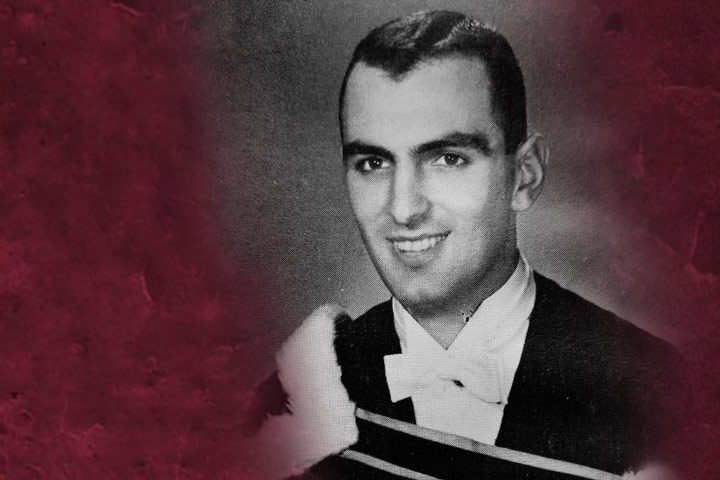 The Concordia Department of Recreation and Athletics is proud to congratulate George Lengvari, a highly respected former basketball star from Loyola College, on being named a finalist for the inaugural Mitchell Family Alumni of the Year Awards presented by Makadiff Sports.

The new U SPORTS award celebrates eight former varsity athletes who have become leaders in their communities and recognizes the continued contributions by each alumnus to their alma mater.

Lengvari graduated from Loyola with a BA major in Economics in 1963. A high-scoring forward, he powered the 1962-63 men’s team to its first Ottawa-St. Lawrence (OSL) basketball title and a berth at the inaugural Canadian Intercollegiate Athletics Union championship. He was named the men’s basketball MVP in 1962-63, the last of his four seasons with the team. He was also captain of Loyola varsity golf team and helped the program achieve its best-showing ever at the 1962 OSL Golf Tournament. He was inducted into the Concordia Sports Hall of Fame in 2011.

Concordia and McGill now play an annual rivalry game in men’s basketball. The George Lengvari Cup was inaugurated in 2019. Lengavri continued his basketball career at McGill and earned a BLC Law in 1966. Both universities contributed to his nomination for the prestigious award.

Lengvari has supported the Concordia Stingers men’s basketball program with substantial donations for many years. He was a key supporter during the Stingers’ inaugural Giving Tuesday campaign in 2020 and has inspired several other people to give to Concordia men’s basketball.

He also gives scholarship support to the Concordia women’s basketball team. When serving as Vice-Chairman of Wielder Health and Fitness, he arranged for new equipment for varsity weight room.

Lengvari served on Concordia University’s board of governors (1993-2000) and helped launch the Concordia alumni chapter in London, England.He was the recipient of the Humberto Santos Award of Merit in 2002, the Concordia Alumni Association’s highest honour presented to an alumnus who has made a lifetime contribution to the university community.

The new U SPORTS awards honour Lois and Doug Mitchell who have been long-time supporters of university athletics in Canada.

“Our goal with this award is to create a culture and legacy of giving back. We are pleased to showcase inspirational community leaders that attribute their success, in part, to the lessons they learned and skills they developed as university athletes,” said the Honourable Lois and Doug Mitchell.

The Male and Female Alumni of the Year will be announced virtually on May 20.