Rookies Chloé Gendreau (left) and Émilie Lavoie will be in Calgary at the end of the month. 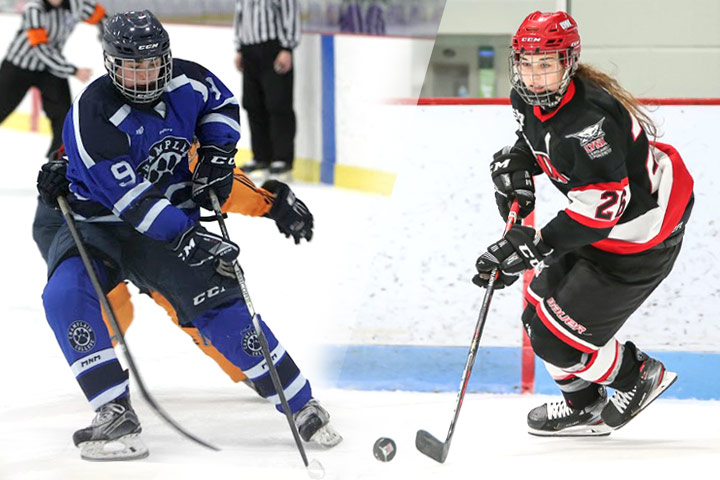 Three student-athletes with the Concordia Stingers have been invited to participate in the BFL National Women's Development Team summer camp taking place July 29 to Aug. 9 in Calgary.

Third-year forward Emmy Fecteau is making her second appearance with the development program. In 2019 she participated in a series of games versus the United States.

A total of 40 players have been invited: 22 forwards, 12 defenders and six goaltenders. They will be divided into two teams and will participate in practices, intrasquad games and scrimmages against the Canadian National Women’s Team.

Concordia associate head coach Caroline Ouellette will lead one of the development teams. The Stingers equipment manager Rachel Gagnon will travel to Calgary and serve the same role with one of the teams

“We are so proud of our staff and players,” said Concordia head coach Julie Chu. “Emmy, Émilie and Chloé are talented players who have earned this opportunity with their hard work and ability to execute and compete at an extremely high level.

“This experience will be invaluable to their development. They will be surrounded by tremendous resources and get to compete a long side the best in Canada.”

“We were fortunate to have them as great role models for our players the last few years,” said Chu. “They have made a positive impact on us all. We wish them all the best on their exciting Olympic journey ahead.”