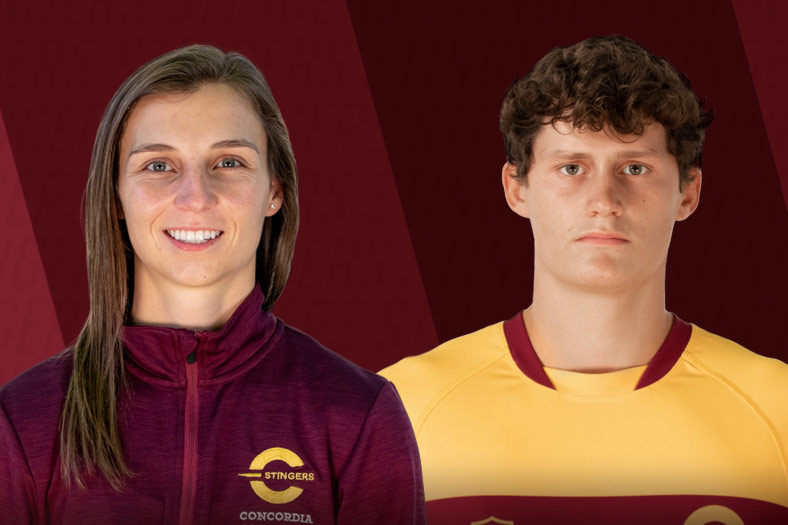 Stéphanie Lalancette of the women's hockey team and Arthur Du Chaffaut of the men's rugby team have been named the Subway-Concordia Stingers athletes of the week for the period ending Oct. 3.

Lalancette, a fifth-year veteran with the Stingers, was the team’s top forward in the three-game Theresa Humes Cup held last week. She scored two of the team’s six goals and helped the Stingers finish second out of the four teams participating. She was named to the tournament all-star team.

A 25-year-old resident of St. Félicien, Que., Lalancette is working on a Graduate Certificate in Business Administration at Concordia.

Du Chaffaut, a first-year centre, played a big role in Concordia’s hard-fought 14-6 victory last Saturday over the McGill Redbirds in the Dave Hardy Cup, the annual rivalry game between the teams. He scored nine of the team’s 14 points. Du Chaffaut kicked three penalties, keeping the Stingers’ momentum going until a last-minute try sealed the victory.

The win keeps Concordia in the hunt for first place in the RSEQ standings. The team is currently in second place, one point behind the Ottawa Gee-Gees.

The 19-year-old student from Barcelona, Spain is studying International Business at Concordia.