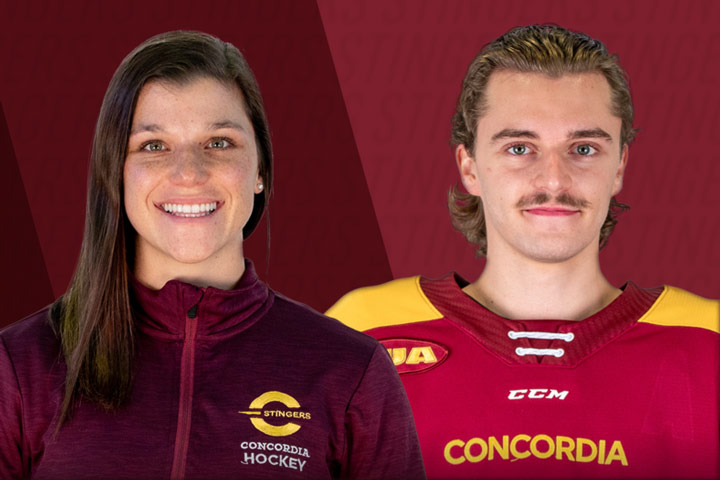 Belzile, Trépanier - Athletes of the Week

Audrey Belzile of the women's hockey team and Maxim Trépanier of the men's hockey team have been named the Subway-Concordia Stingers athletes of the week for the period ending Nov. 14, 2021.

Belzile, a senior forward and the team captain, scored four goals to help the Stingers defeat the Carleton Ravens 8-1 last Friday. She scored the game-winning goal and a short-handed marker. Belzile also set up the Stingers’ lone goal in a challenging 4-1 loss to the Ottawa Gee-Gees last Sunday.

Trépanier, a rookie left wing, made his presence known in a big come-from-behind shootout victory over the Carleton Ravens last Friday. The Stingers won 7-6, and Trépanier scored the fifth and six goals as well as delivering the winner in the shootout.

The 22-year-old student from Candiac, Que. is studying Human Relations at Concordia.