These two Stingers had no problem finding the net in their games on the weekend. 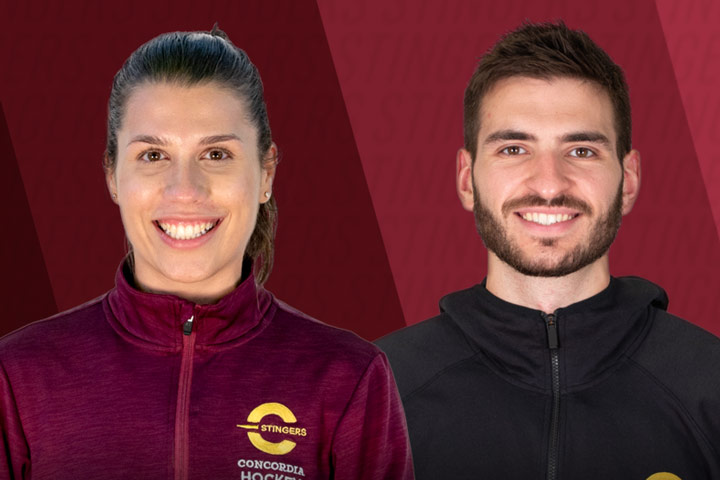 Maria Manarolis of the women's hockey team and Olivier Simon of the men's basketball team have been named the Subway-Concordia Stingers athletes of the week for the period ending Nov. 28, 2021.

Manarolis, a third-year forward, did not have a point in her first eight games of the season, then she scored five goals in the next two. Last Friday, Manarolis scored a goal in a tough 6-5 loss to the Montréal Carabins. Two days later she collected four goals in a 9-0 victory over the Carleton Ravens.

A 23-year-old resident of Laval, Que., Manarolis is enrolled in Concordia’s Teaching English as a Second Language program.

Simon, a senior forward, made his presence known in the final league game before the holiday break. He had 23 points, 13 rebounds and two blocks to lead his team to a 62-44 win over the UQAM Citadins on Saturday. He is currently leading the Stingers in scoring with an average of 18.5 points a game.

The 25-year-old student from Terrebonne, Que. is working on a graduate diploma in Business Administration.