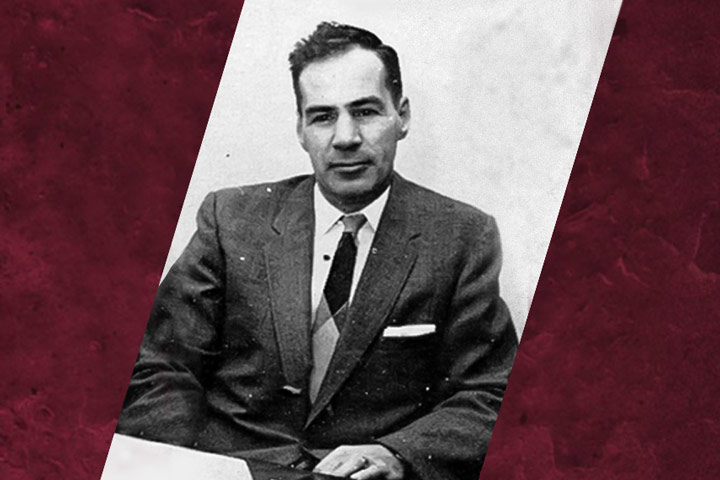 Although legendary coach Mag Flynn passed away in 2005, his legacy will live on and he will impact a new generation of basketball players thanks to the generosity of former Sir George Williams University star Richard MacKay.

The Concordia Stingers men’s basketball program received a $100,000 donation from MacKay, who played basketball for Flynn and the Georgians in the late 1950s. The Stingers will receive $25,000 a year for four years. The first $25,000 is counted in this year’s Giving Tuesday campaign and helps lift the men’s basketball team’s total to more than $50,000.

MacKay was recruited by coach Flynn who convinced him to give up trade school and attend university.

“Mag was instrumental in convincing me to return to school and getting a college degree, something that changed my life,” MacKay told Montreal Gazette reporter Ian MacDonald in a 2004 article.

MacKay had an exceptional university basketball career and was a member of the 1957-58 championship team that was inducted into the Concordia Sports Hall of Fame in 1999. He graduated with a Bachelor of Arts in 1958 and went on to a successful career in pharmaceuticals. He is currently the chairman of Valeo Pharma.

Flynn was long considered one of Canada’s top basketball coaches. He was at the helm of the Georgians for more than a decade, winning eight conference titles and collecting almost 150 victories. He stepped away from basketball and athletics in 1962 to take on a new role as Dean of Students, first at Sir George Williams and then at Concordia. He retired in 1981.

He was born in Dundee, Scotland in 1921 and came to Canada as an infant. He was raised in Montreal on Mountain street. Flynn joined the army reserves in 1939 and was loaned to the British Army as a platoon commander with the Dorset Regiment.

Flynn earned a Bachelor of Commerce degree from Sir George in 1949. He joined the university staff as Athletic Director and coach of the senior basketball team in 1952.