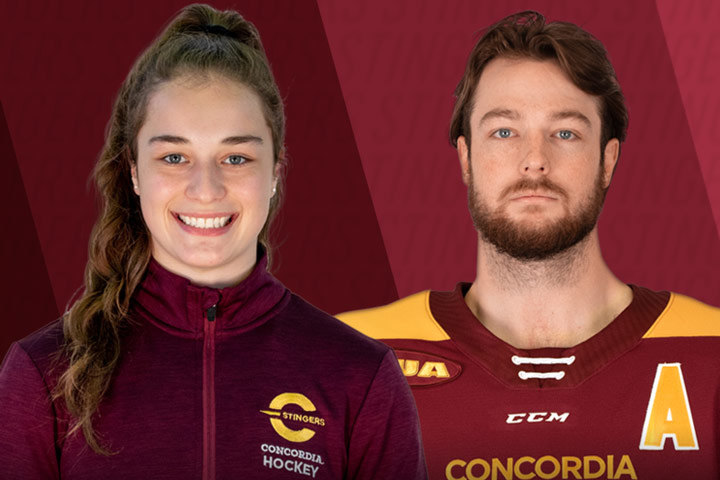 Lavoie, Hylland - Athletes of the Week

Lavoie, a first-year forward, wrapped up the regular season in style. In two victories last week, she collected four goals and an assist. She scored three goals in a 7-1 win over the Carleton Ravens last Friday. Two days later she had a goal and an assist in a 7-0 victory over the Bishop’s Gaiters at home. Her efforts helped the Stingers lock up second place in the RSEQ standings.

A 20-year-old resident of Beloeil, Que., Lavoie is an Exercise Science major.

Hylland, a second-year centre, was instrumental in helping the Stingers win two of three games last week. He scored a goal and added an assist in a 5-4 win over the Ottawa Gee-Gees on the road last Tuesday. Saturday at home, he collected two more goals and an assist in a 5-2 victory, also against Ottawa, but this time at home. He has five goals and eight assists for 13 points in 11 games this season and is the leader scorer on the Stingers.

The 23-year-old student from Mercier, Que. is studying Human Relations.