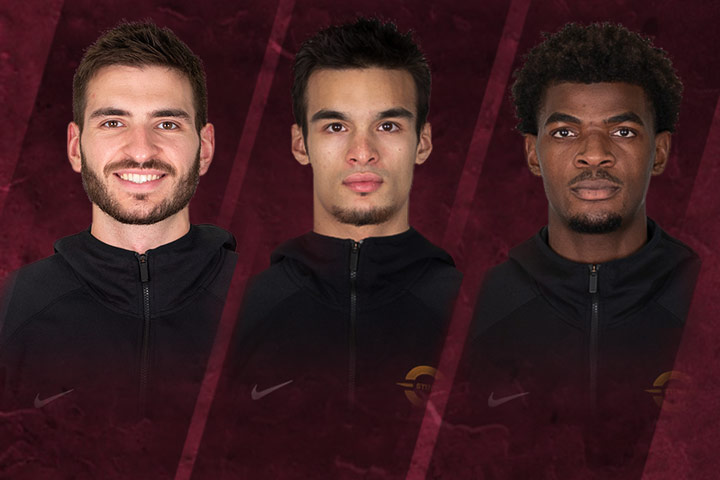 The RSEQ announced its men's basketball university honour roll Wednesday, and three Concordia Stingers were recognized for their outstanding contributions in the 2021-22 season.

Olivier Simon was named to the first all-star team, Sami Jahan was a second team all-star and Steve Mbida Abomo made the all-rookie team.

Simon, a fifth-year forward from Terrebonne, Que., earns his third consecutive honour. He was also on the first team in 2020 and was a second team all-star in 2019. This season he played 11 games and led the Stingers in scoring with a 16.2 average which ranked him second in the RSEQ. He blocked 16 shots (1.5) to lead the conference and his 7.6 rebounds per game was good for third overall.

After being named to the all-rookie team in 2020, Jahan, a talented guard from Hamilton, Ont., continued to impress this season. He played 11 games and was the second leading scorer on Concordia with an average 9.5 points a game. He was also third in the RSEQ for free-throw percentage making 25 of his 33 shots (.758).

Mbida Abomo, a highly-regarded forward originally from Douala, Cameroon, lived up to expectations in his first year. He averaged 25.6 minutes of playing time over 10 games. He scored 7.3 points a game and averaged 4.4 rebounds. He comes out of the respected Collège Jean de Brébeuf basketball program.

The awards will be presented before the RSEQ men’s basketball semifinal between the Stingers and the Bishop’s Gaiters at Concordia Gym on Wednesday at 8 p.m.