Rookie guard Alec Phaneuf and the Stingers will be ready to defend the Redbirds. 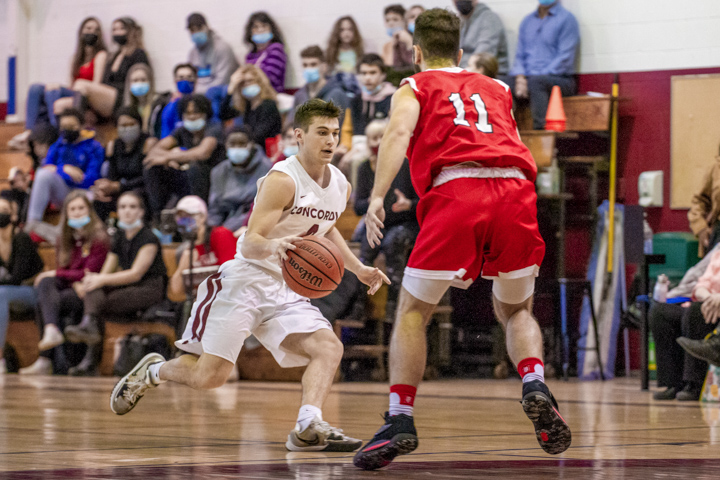 The RSEQ men's basketball season comes down to one winner-take-all championship game between the Concordia Stingers and the host McGill Redbirds on Saturday at 6 p.m. at the Love Competition Hall.

The Redbirds finished in first place in the Quebec conference with a 12-0 win-loss record, while the Stingers were second with a 6-6 record. But those are just numbers on a piece of paper at this point.

“Our guys believe we can go there and win,” said Concordia head coach Rastko Popovic. “We’re excited to be back in the final and to have a chance to go to nationals.”

The winner of the RSEQ title game will travel to Edmonton early next week and take part in the eight-team U Sports national championship hosted by the University of Alberta.

On their way to a perfect season, McGill swept all three meetings between the teams, winning 77-62 and 58-57 at home and taking a 67-63 decision at Concordia Gym.

“The last two games were very close,” Popovic said. “We feel we match up very well, but we will have to defend their three-point shooting. It’s not a secret that they shoot the 3 well.”

The Redbirds had the best offence in conference with an average of 74.2 points a game. The Stingers boast the No. 1 defence, giving up an average of just 63 points. Concordia held McGill to an average of 67.3 points in their three meetings.

The Stingers are hot off a dominant 76-42 win over the Bishop’s Gaiters in the semifinals.

McGill took the UQAM Citadins 77-71 in the other semifinal.