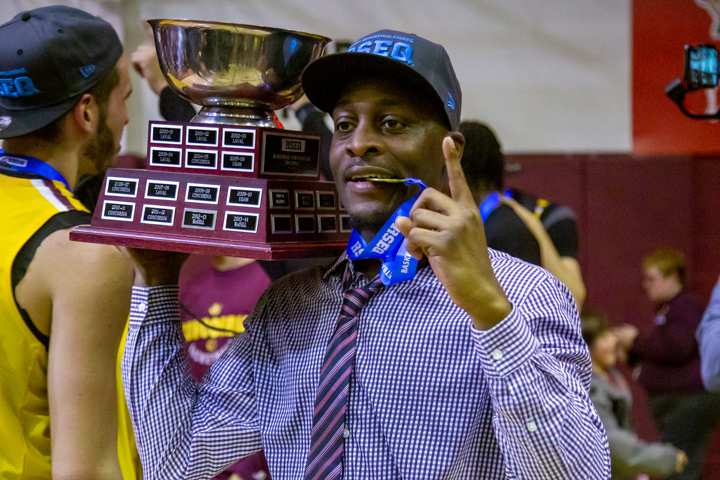 Concordia Stinger basketball legend Damian Buckley is taking his talents to Ottawa where he will work as an assistant coach with the BlackJacks of the Canadian Elite Basketball League (CEBL).

CEBL is a professional men's league with 10 teams spread across six provinces. Regular season play runs from May 25 to Aug. 1. A championship weekend will take place Aug. 12-14 and will be hosted by the BlackJacks.

“We’re happy for Damian and wish him great success in his new position,” said Concordia head coach Rastko Popovic. “He’s a very talented coach and a great asset to any program. He excels in player development and is very passionate about his work.

“This is a great opportunity for him to grow as a coach and to bring back valuable experience that will help our Stingers program.”

The former Stinger point guard was a two-time Concordia Male Athlete of the Year, a two-time U Sports all-Canadian, a four-time first team all-star in the RSEQ and the Quebec conference MVP in 2008-09, which was his final season of university basketball

Buckley has coached at the high school level, with community basketball teams at Sun Youth and he has also worked with several provincial teams. He joined the Stingers as an assistant coach in 2015 and helped Concordia win the RSEQ title in 2019.