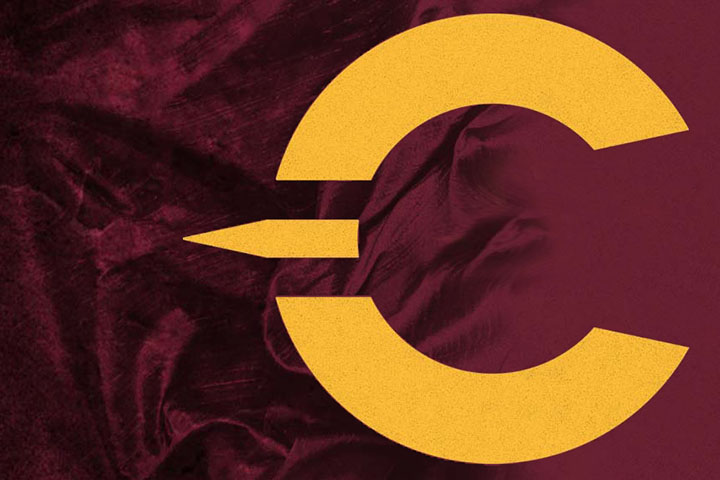 The Concordia Department of Recreation and Athletics unveiled its 2022 Stingers major awards winners over the last two weeks. Here is a review of the exceptional student-athletes who were honoured.

Olivier Roy is the recipient of the Dr. Robert J. Brodrick Award as the Male Athlete of the Year. A third-year quarterback who comes to Concordia from Donnacona, Que., he was awarded the Jeff Russel Trophy as the RSEQ football conference’s MVP last November. He was also named a second team U Sports all-Canadian and a Quebec conference all-star.

Brigitte Laganière of the women’s hockey team is the recipient of the Denise Beaudet Award. Some of the characteristics that go with this award are leadership, community service and strong academics. The veteran defender from Montreal is an accomplished student who has reached U Sports academic all-Canadian status in 2021. She is a leader with the women’s hockey program, serving as one of its assistant captains. Laganière volunteers in with many hockey organizations and has been one of the team’s lead organizers for its annual Pink in the Rink event that helps raise funds for organizations that support breast cancer initiatives.

Malick Sylvain is the recipient of the Ron Lapointe Award. Leadership, community service and commitment to academic excellence are also criteria for this award. A fourth-year defensive end, this student-athlete with the football team has been a great leader on the field. He is dedicated to his studies in the Religion and Cultures program. Sylvain, who is from La Prairie, Que., volunteered at the Jamaica Association of Montreal and supports the Shoebox for Women, an organization that collects and distributes gift-filled shoeboxes to local women impacted by homelessness.

Émilie Lavoie of Beloeil, Que. is the recipient of the Laurie Brodrick Award as Concordia’s Female Rookie of the Year. She was named to the U Sports women’s hockey all-rookie team and she was the RSEQ conference’s rookie of the year.

Jaylan Greaves of Montreal is the recipient of the Concordia Male Rookie of the Year Award. He earned multiple honours for his tremendous freshman season, including being awarded the Peter Gorman Trophy as the outstanding rookie in Canadian university football. He was also a U Sports first team all-Canadian and the RSEQ Rookie of the Year.

Roxanne Galarneau of the women’s rugby team receives the President’s Academic Award as the top female student-athlete to successfully combine an exceptional GPA and athletics. A first-year student from Mirabel, Que., she has a remarkable GPA of 4.30 studying in the Actuarial Math program.

Alex Hall of the football team is the male recipient of the President’s Academic Award. A senior offensive lineman from Ottawa, he achieved a 4.0 GPA in Communications Studies.

Myriam Leclerc from St. Roch de Richelieu, Que., of the women’s basketball team is the Marvin Cooper Award winner as the athlete who has successfully overcome adversity through hard work and dedication. Leclerc tore her ACL in the 2019-20 season. Due to the COVID-19 pandemic her surgery was pushed back multiple times and her recovery delayed. However, she was relentless in her devotion to her rehabilitation and was determined to come back stronger than before. In 2022, she also received the U Sports Tracy MacLeod Award, recognizing courage in overcoming adversity.

The final major honour is the Michael Di Grappa Award of Distinction for career contribution to the Stingers. It is presented to senior athletes, when merited, who have had exceptional careers at Concordia. There were three recipient this year – Caroline Task of the women’s basketball team, Olivier Simon of the men’s basketball team and Audrey Belzile of the women’s hockey team.

Task of Dorval, Que., received her fifth RSEQ conference honour in 2022. She has earned four all-star awards and started her university career as the RSEQ’s Rookie of the Year. She was also named to the U Sports all-rookie team in 2017. Task reached the 1000-point milestone for career points in February of 2019. She has been a respected leader and team MVP with the Stingers.

Simon of Terrebonne, Que. earned three RSEQ all-stars in his five years representing the Stingers. He was instrumental in helping Concordia win the Quebec conference championship in 2019. Head coach Rastko Popovic says his team captain “will go down as one of the best forwards to ever wear a Stingers’ uniform.”

Belzile of St. Hyacinthe, Que. is the graduating captain of the national champion women’s hockey team. The native of St. Hyacinthe, Que., is a four-time RSEQ all-star and earned all-rookie honours in her first year. She was named to the all-star team at the 2022 national championship. Earlier in the season she was selected to represent Canada at the Winter Universiade in Lucerne, Switzerland. During the summer of 2018, Belzile was invited to join the U Sports all-stars and compete in Hockey Canada’s Summer Showcase.