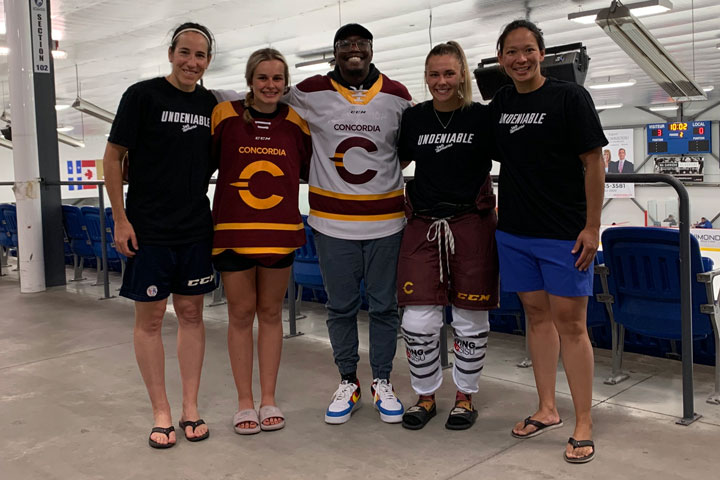 Raphael, who is well-known for his work on TVA, TVA Sports and CASA (home and garden renovations), will donate $25,000 to the team, which will be broken down to $5,000 per year over five years.

The Stingers are equally honoured to support Raphael and take part in his Classique KR7, an extraordinary fundraising event in support of Leucan. The event takes place this Saturday, Aug. 6 at Centre d’excellence André Rousseau, 3600 Grand Allée Blvd. in Boisbriand.

A series of fun hockey showcases and challenges will be presented. Raphael has put together a hockey team to face NHLers Anthony Duclair and Joe Veleno and their friends.

“We always encourage our players to be great citizens of our community,” said Ouellette. “They are participating in this event to showcase women’s hockey while raising funds for a great cause.”

The Stingers would also like to congratulation Raphael on being named president of the Montreal franchise in the Premier Hockey Federation. One of his first moves was to sign Concordia defender Brigitte Laganière to a one-year contract on July 25.