These two second-year athletes put up some big numbers for the Stingers last week. 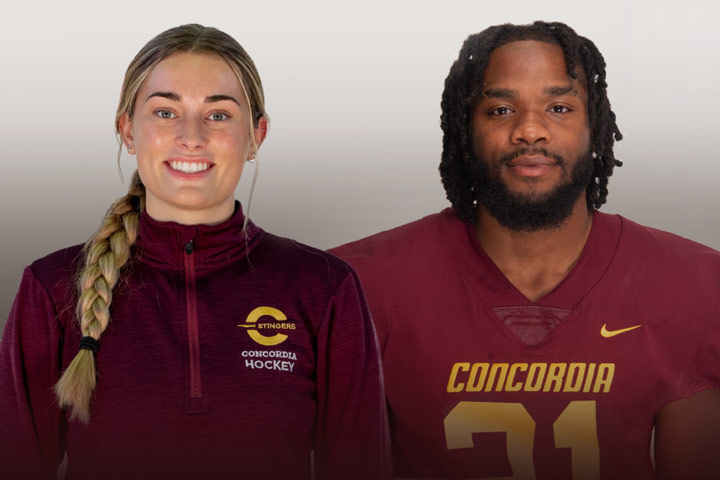 Zoé Thibault of the women's hockey team and Dwanté Morgan of the football team have been named the Concordia Stingers athletes of the week for the period ending Sept. 18, 2022.

Thibault, a second-year forward, played a significant role in a three-game sweep of Ontario opponents on the Stingers’ early season road trip last week. Thibault had two goals, including an overtime winner against the Guelph Gryphons, and three assists in the games.

Morgan, a second-year running back, had 148 all-purpose yards and a touchdown to help lead the Concordia Stingers to a 42-16 victory over the McGill Redbirds before a boisterous Homecoming crowd on Saturday. He carried the ball nine times for 111 yards (12.3 yards average) and a major. He also caught two passes for 37 yards.

With his outstanding performance, Morgan was also named the RSEQ’s offensive player of the week.

The 22-year-old student from the Bronx, N.Y. is in Independent Studies at Concordia.