Theresa Humes was instrumental in developing women's sports at Concordia. 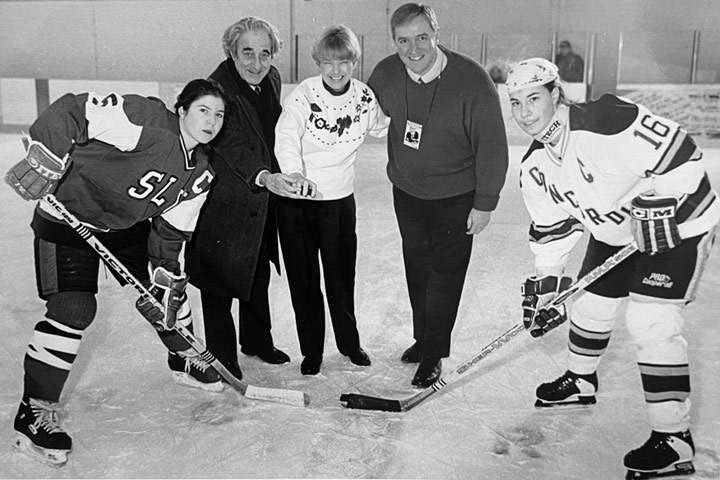 The first chance to see the defending national champion Stingers women's hockey team is this weekend when Concordia hosts the 54th annual Theresa Humes Cup, a prestigious six-team tournament featuring some of the top university programs in the country.

Concordia proudly hosts the Theresa Humes Cup in honour of our former women’s athletic director who took over the leadership of women’s varsity sports and intramurals at Concordia in 1975. She was an inspiring woman and a trailblazer in growing opportunities for women athletes.

This year, there will be representation from all four U Sports hockey conferences with the UBC Thunderbirds coming in from Canada West, the perennial powerhouse Toronto Varsity Blues from the OUA and the University of New Brunswick Reds from the AUS.

Toronto and UNB finished first in their conferences last season, while UBC had the second best record in the West.

Joining Concordia as Quebec conference representatives are the McGill Martlets and the Montréal Carabins, both who have been prominent on the national scene the last few years.

Concordia’s game on Saturday will have added significance with long-time head coach Les Lawton being honoured. He will be on the ice for the ceremonial puck drop in recognition of his induction into the Concordia Sports Hall of Fame this weekend.

Keep up with all the scores HERE