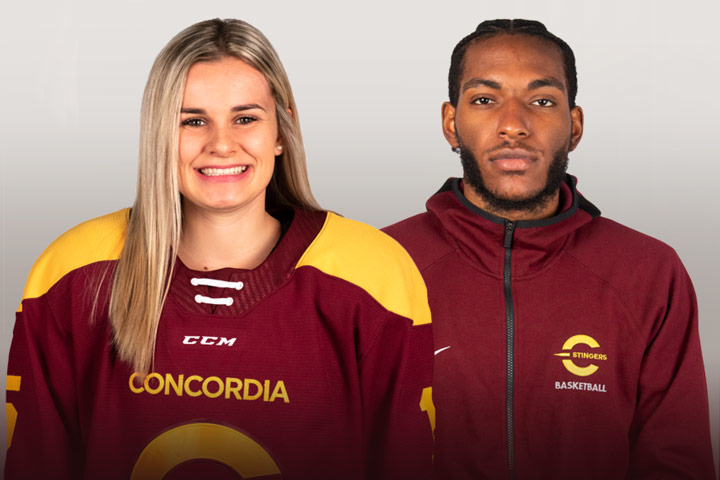 Jessymaude Drapeau of the women's hockey team and Tyrell Lamar Williams of the men’s basketball team have been named the Concordia Stingers athletes of the week for the period ending Nov. 6, 2022.

Drapeau, a second-year forward, was impressive in two games last week. She scored the opening goal in a 3-2 DOT victory over the Ottawa Gee-Gees last Friday. She also contributed two assists in a 4-3 loss to the Carleton Ravens on Sunday.

A 22-year-old resident of Rivière-du-Loup, Que., Drapeau is studying Psychology at Concordia.

Williams, a second-year forward, scored 25 points to lead the Stingers to a 78-73 victory over the UQAM Citadins in their RSEQ season-opener. He also added seven rebounds and three assists in 32 minutes of playing time.

The 22-year-old student-athlete from Montreal is in the Recreation and Leisure Studies program at Concordia.