Alice Philbert and Sami Jahan are stars on a couple of first-place teams. 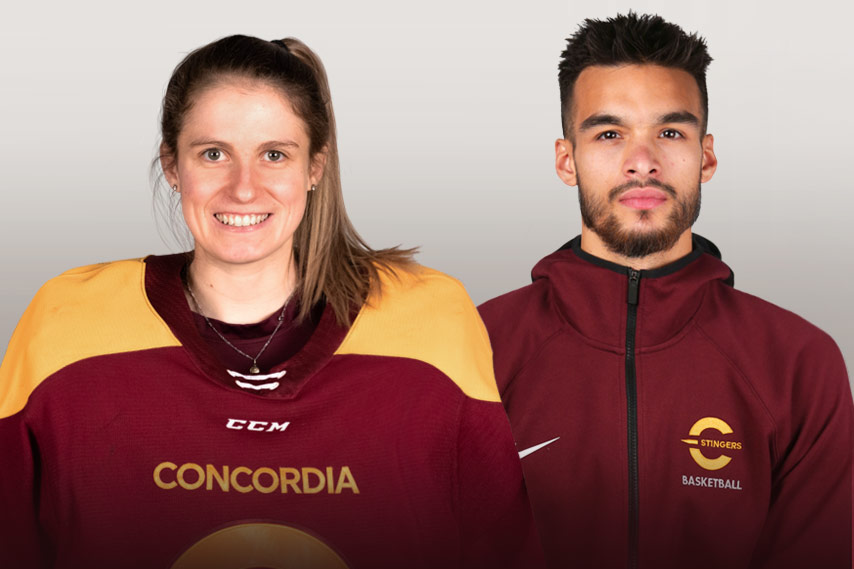 Alice Philbert of the women's hockey team and Sami Jahan of the men's basketball team have been named the Concordia Stingers athletes of the week for the period ending Nov. 20, 2022.

Philbert, a fifth-year goaltender, was exceptional in two pivotal games on the weekend. She turned away 29 of 30 shots last Friday night to help lift the Stingers to a 2-1 overtime win over the Montréal Carabins. Two days later she blanked the Ottawa Gee-Gees, making 26 saves and earning a shutout in a 2-0 victory. The wins give Concordia sole possession of first in the highly competitive RSEQ conference.

A 26-year-old from St. Bruno de Montarville, Que., Philbert is working on a graduate diploma in Business Administration at Concordia.

Jahan, a third-year guard, helped the Stingers pull off an incredible come-from-behind 83-79 victory over the Laval Rouge et Or in Quebec City on Saturday. Concordia trailed by 17 points at halftime, but Jahan pushed forward with 13 points in the second half to lead his team’s surge. Overall, he had 21 points and six rebounds in 39 minutes of play. The Stingers have a 4-0 win-loss record and are in first place in the RSEQ.