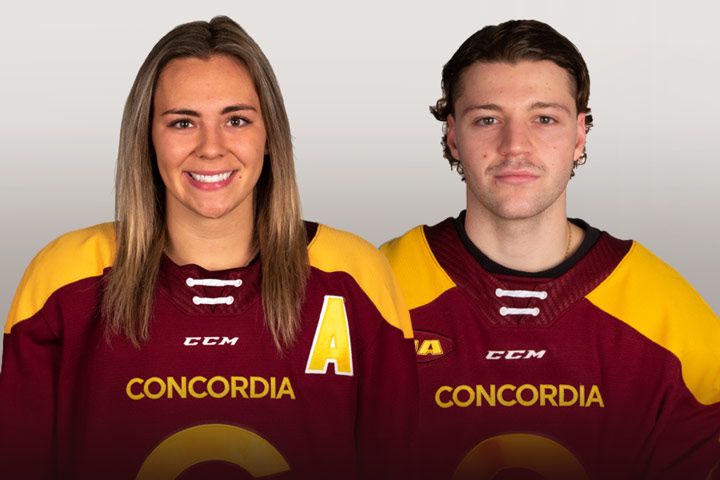 Fecteau, a third-year forward, was impressive picking up four points in two games last week. She scored all three goals in a 3-1 victory over the Carleton Ravens Friday night. The following day she picked up one assist in a 6-0 win over the McGill Martlets. She has eight goals and six assists in 11 conference games this season. She is second in RSEQ scoring.

A 23-year-old from St. Odilon, Que., Fecteau is studying Teaching English as a Second Language at Concordia.

Lemieux, a rookie goaltender, helped the Stingers blank the Queen’s Gaels 3-0 on Saturday in Kingston. He turned away 27 shots to earn the shutout. In conference play, he’s been between the pipes in 10 games and has a 2.14 goals-against average and a .930 save percentage. He leads all statistical categories for goaltending in the OUA East conference.