Goals galore from our Concordia Stingers hockey stars to wrap up the fall semester. 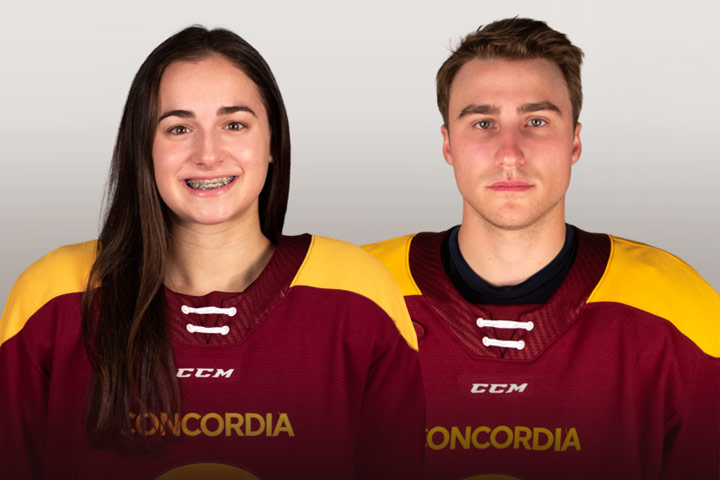 Chloé Gendreau of the women's hockey team and Charles-Antonie Paiement of the men's hockey team have been named the Concordia Stingers athletes of the week for the period ending Dec. 4, 2022.

Gendreau, a second-year forward, was impressive picking up three points in two games last week. She scored two goals in a tough 5-3 loss to the Bishop’s Gaiters on Friday. She added an assist in an exciting 3-2 shootout victory over the No. 10-ranked Montréal Carabins on Sunday.

A 21-year-old from Sherbrooke, Que., Gendreau is studying Environmental Science at Concordia.

Paiement, a second-year right wing, was instrumental in helping the Stingers pick up two victories to wrap up the first half of the season. He scored two goals, including the game-winner, in a 5-1 win over the Carleton Ravens on Saturday. The following day he chipped in with a goal and an assist in a dominant 8-2 victory over the Ottawa Gee-Gees.

The 23-year-old student-athlete from St. Jérôme, Que., studies Finance in the John Molson School of Business.