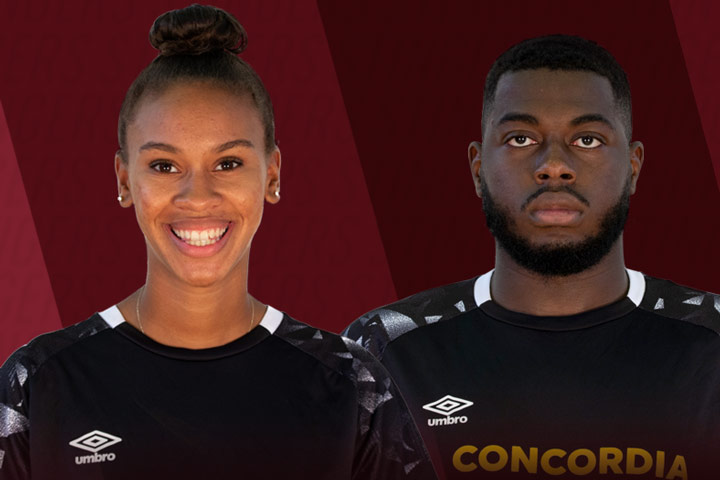 Campbell, Kerlegrand - Athletes of the Week

Campbell, a second-year mid-fielder, played a key role in a hard-fought 3-0 loss to the Montréal Carabins, who were ranked No. 1 in U Sports. Campbell was named the Stingers’ MVP in the game last Friday night.

A 22-year-old resident of Montreal, Campbell is in the Honours Psychology program at Concordia.

Kerlegrand, a rookie goalkeeper, was instrumental in leading the men's soccer team to a 1-0 victory over the U Sports No. 1-ranked Montréal Carabins last Friday night. He turned away all six shots on net to earn the shutout.

Concordia now has a 3-1-3 win-loss-tie record and is undefeated in its last six games. The Stingers' only loss this fall came in the first game of the season versus the Carabins.

The 22-year-old student from Montreal is studying Political Science at Concordia.