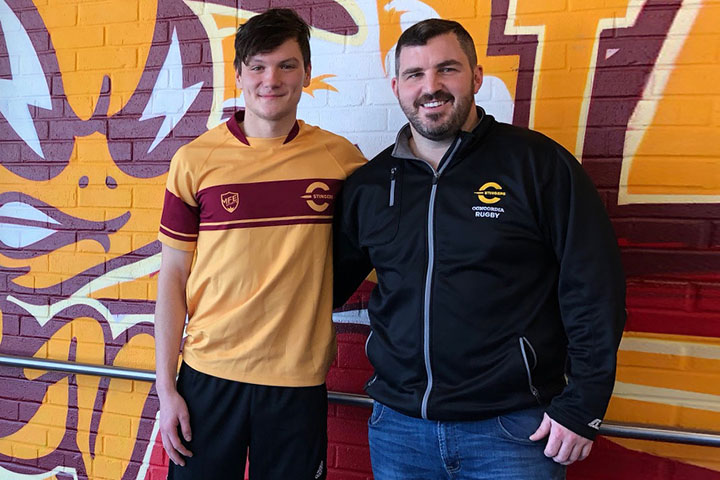 Montminy was a member of all three championships teams and did not lose a game over the course of his Cégep career.

"We’re lucky to have him join us," said Beemer. “He is one of the more athletic rugby players coming out of the Cégep league. He plays a really aggressive, physical style of rugby which is necessary at the university level.

"Alec automatically increases our depth. He will challenge for a roster spot from Day 1."

Montminy plays club rugby for Ste. Anne de Bellevue in the Super League. He was also a member of the Quebec U19 team that beat British Columbia for the first time ever at the 2018 national championship last July.

Beemer is impressed with Montminy’s competitiveness and knowledge of the game, especially at his young age. Coupled with his skill set, the recruit is a serious threat on the pitch.

'I bring a lot of speed,” said Montminy. "Every time I get the ball I make positive yards. Defensively, I’m a good tackler. Not a lot of people get around me."

As an added bonus, Montminy will get to play with his older brother Sam, who joined the Stingers in 2017.

When he joins the Stingers in the fall, the six-foot-one, 175-pound athlete will study in Concordia’s Human Environment program.