Concordia leaves the championship tournament with a big win over the Calgary Dinos. 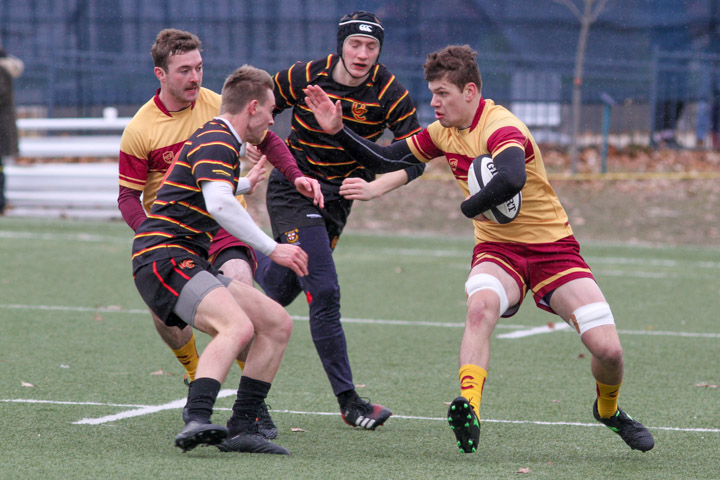 The Concordia Stingers defeated the Calgary Dinos 39-17 in the consolation final to claim fifth-place at the eight-team Canadian University Men's Rugby Championship in Kingston, Ont. on Sunday morning.

It was a fierce battle in the early going, and the Stingers went into halftime trailing 17-15 but roared back with 24 unanswered points in the final 30 minutes.

Keegan Neary led the way for Calgary with two converts and a penalty goal. Adam Young and Colin Petrillo added tries for the Dinos.

Almoallim was the Stingers’ Player of the Game and Neary received the honour for Calgary.

This is the fourth consecutive appearance at the national tournament for the Stingers. They finished fourth in 2018 and 2019. At the inaugural championship in 2017 when it was a six-team format, Concordia was eliminated in round-robin play.