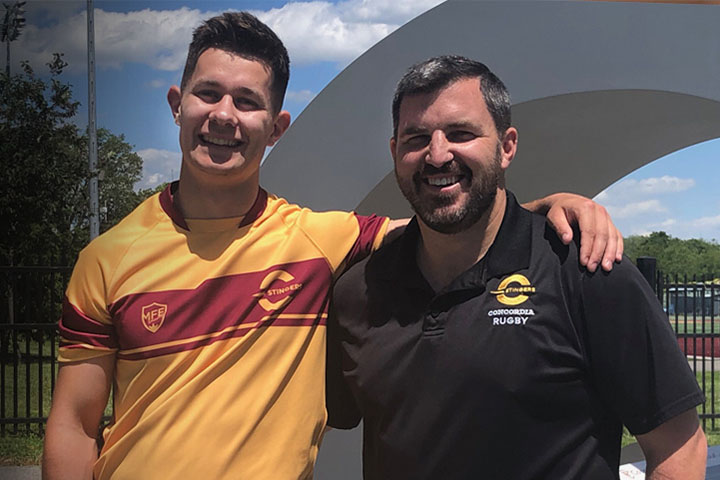 The six-foot, 185-pound graduate of Collège Stanislas in Montréal returned to his native France in 2016 to pursue rugby at an elite level. He joined Racing Club Narbonne Méditerranée and played for its U22 academy program.

Blazkowski returned to Canada every summer and played club rugby with RC Montréal, Beaconsfield and more recently TMR. He also played on Team Quebec’s U19 and senior teams.

After three seasons in France, Blazkowski decided to stay in Montreal this coming fall. He will study International Business in the John Molson School of Business.

“I want to play a good level of rugby and go to school,” he said. “I chose Concordia because I’ve known (Stingers head) coach Craig Beemer for two years and I feel I will be comfortable here. The team is developed and it will be similar to what I experienced in France.”

Beemer is excited to be adding an impact player to his team.

“I didn’t know much about Stan when I first met him a couple of years ago,” Beemer said. “We worked together with Team Quebec and it didn’t take long to find out he was super skilled and super athletic. He’s very passionate about the game and wants to be a great player.

“He’s going to contribute right away. He’s one of the most skilled players I’ve seen walking in. And he’s still young, still learning. He has a great future ahead of him.”

Blazkowski, who also has great kicking skills, will join the two-time RSEQ champion Stingers at training camp in August.