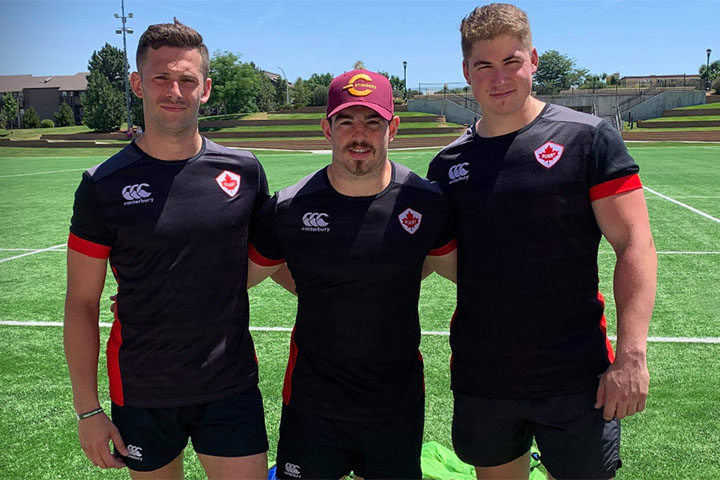 Three members of the Concordia Stingers have been named to Rugby Canada's 24-man roster for an international game pitting the best of Canada's university men's rugby players against their American counterparts on Saturday at 5 p.m. at Infinity Park in Glendale, Colo.

Prop Julian Alexander, prop Stephen Martinez and centre Charles Debove, all members of the 2018 RSEQ champion Stingers, twill take part in the inaugural event. Second row Jackson Marquardt was also invited but is currently injured and could not participate. All four Concordia players were 2018 RSEQ all-stars.

The 2019 Canadian team is comprised of players from eight different universities, including Concordia. Queen’s University head coach Dave Butcher will take on the same role with the Canadian all-stars.

The university concept was developed by Rugby Canada and USA Rugby with a view toward making it an annual event.

This game will not be streamed but scores will be updated on Rugby Canada's channels.