The Stingers are hosting the final for the third straight time. 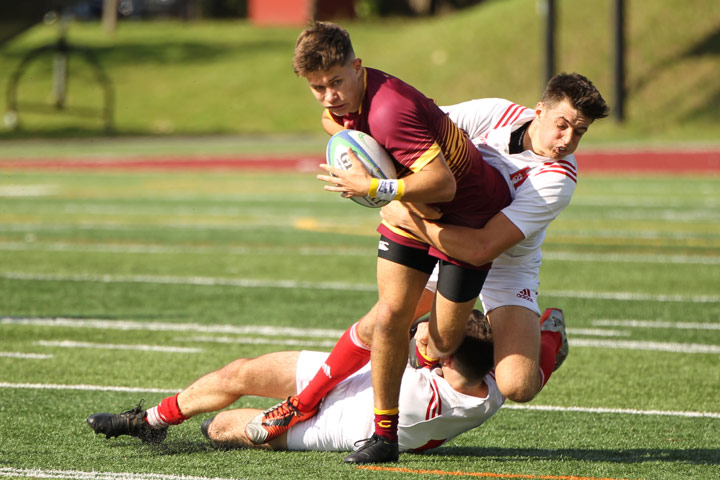 The Concordia Stingers men's rugby team will take aim at a third straight RSEQ championship when it hosts McGill University in the conference final at Concordia Stadium on Saturday at 1 p.m.

The Stingers are the two-time defending champions and went undefeated in six regular season games this fall. McGill posted a 5-1 win-loss record with the only loss coming in the RSEQ season-opener on Sept. 14 when Concordia eked out a 23-21 victory.

In the semifinals last Saturday, the first-place Stingers beat the fourth-place Montréal Carabins 47-8, while second-place McGill took down the third-ranked Ottawa Gee-Gees 37-22.

Concordia has nine Quebec championship titles to its credit dating back to the inception of the league record keeping in 1989. McGill has 15 conference wins over the same period.

Both teams have qualified for the third annual Canadian University Men’s Rugby Championship hosted by Concordia University Nov. 20-24. The winner of the game will go into the tournament as the Quebec champion and benefit from a higher position in the seeding. The loser will have the host’s spot and a lower seed.