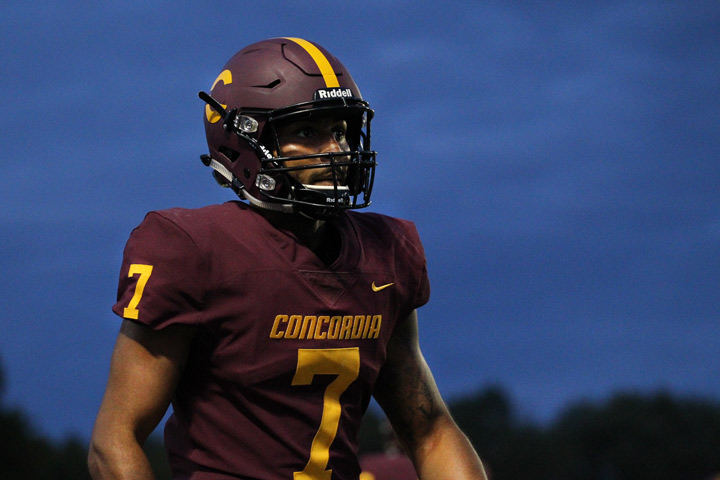 James Tyrrell became the first Concordia Stinger receiver since 1981 to earn first team all-Canadian honours when the U Sports major awards and honours were presented in Quebec City on Thursday night.

In 1981, wide receiver Gerry Prud'homme became the first Concordia football player to earn all-Canadian honors. That year he was also named the outstanding player in the Ontario-Quebec Intercollegiate Football Conference. Prud'homme was drafted 13th overall in the second round of the CFL draft by the Saskatchewan Roughriders. He attended training camp with both the Roughriders and the Montreal Concordes.

In the 38 years since the first honour, several Stinger receivers have earned second team awards, but Prud’homme and Tyrrell are in an exclusive club.

Tyrrell, who is from Dorval, Que., wrapped up his final university campaign with 52 receptions for 779 yards and two touchdowns in eight regular season games. He led the RSEQ in receptions, yards and average yards per game with 97.4.

The Finance major added to his impressive season with nine receptions for 124 yards in the RSEQ semifinals versus the Laval Rouge et Or.