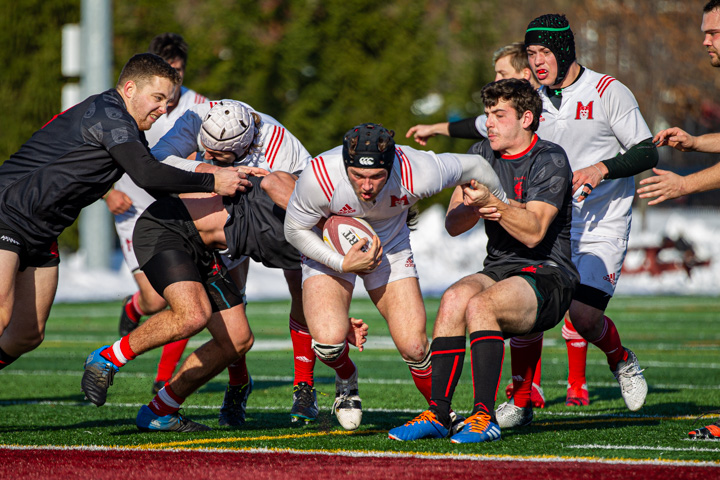 The Brock Badgers and McGill University have advanced to the consolation final after two games were played at the Canadian University Men's Rugby Championship at Concordia University in Montreal on Thursday.

Brock up-ended the Guelph Gryphons 19-8 to earn its spot in the fifth-place game that’s slated for Saturday at 2:30 p.m. The Badgers came into the championship as the eighth seed and had lost 47-14 to the No. 5-ranked Gryphons in regular season play.

McGill, the seventh-seeded team at the championship, easily handled the UNB Ironmen who started the tournament in the No. 6 spot. Antoine Guay scored three tries to lead the Quebec finalists to a 50-5 victory over the Maritime University League champions.

Guelph and UNB will face off in the seventh-place game on Saturday at noon.

The action continues on Friday with two semifinals on the championship side of the draw. The No. 2-seeded Queen’s Gaels will meet the Victoria Vikes, the third seed, at noon. The Concordia Stingers, who came into the tournament as the fourth-ranked team, will battle the top seeded UBC Thunderbirds at 2:30 p.m.