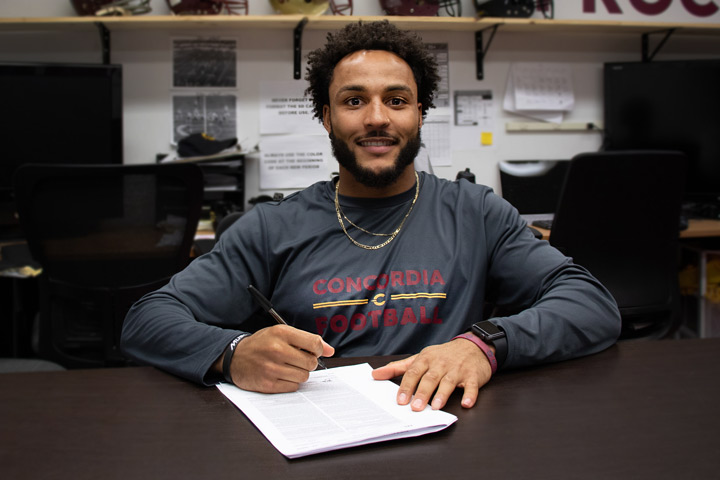 Tyrrell, who is from Dorval, Que., wrapped up his fifth and final university campaign with 52 receptions for 779 yards and two touchdowns in eight regular season games. He led the RSEQ in receptions, yards and average yards per game with 97.4.

The Finance major added to his impressive season with nine receptions for 124 yards in the RSEQ semifinals versus the Laval Rouge et Or.

Tyrrell joins a long list of accomplished Stinger receivers who went on to play in the CFL including:

Kris Bastien, drafted by Saskatchewan in 2014

The last Concordia receiver to join an Ottawa team in the CFL was slotback André Bolduc who signed a free agent contract with the Rough Riders in 1996.