John Lavery joined the Stingers as an assistant coach in 2017. 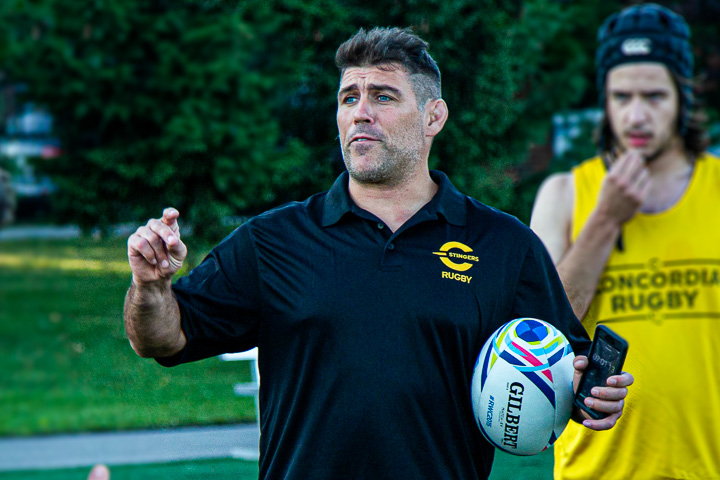 Concordia University Director of Recreation and Athletics D'Arcy Ryan is pleased to announce John Lavery has been named the new head coach of the Stingers men's rugby team.

“Over the years, we have worked hard to develop a strong and respected men’s rugby program,” said Ryan. “We feel with John at the helm we will continue to offer an elite student-athlete experience and will continue to move the program forward.”

Lavery was an accomplished rugby player from 1998 through 2007. He represented the Ste. Anne de Bellevue Rugby Football Club, the Quebec Caribou, John Abbott College and Trent University, where he was a three-time OUA all-star.

At the university level, Lavery coached with the McGill Martlets and joined the Stingers men’s program as an assistant in 2017.

“The goal with the Stingers is to maintain the high standards of training and performance we've built over the past three years,” said Lavery. “Also to ensure we put ourselves in a place where we can medal at the national championships.

“It's a very exciting time for rugby in this country, and it's a real privilege to get to be a part of it with the Concordia Stingers.”

Lavery replaces Craig Beemer who stepped down in December after four years at the helm of the Concordia program.

The new head coach will begin his duties immediately. He will be assisted by Dave MacLeod and Moritz Witmann.